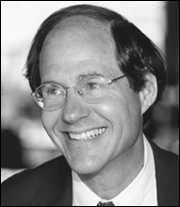 Sunsteins book argues thatjudicial activismis not an exclusively liberal movement and that, particularly since the late William Rehnquists 1986 confirmation as chief justice, the Supreme Court has compiled an unprecedented record of judicial activism.He opposes what many conservatives call the “Constitution in Exile” movement, arguing that it threatens widely accepted understandings of the First Amendment and that its success would mean the end of numerous vital federal agencies.

According to a Publishers Weekly review of the book,Americans monitoring the upcoming Senate deliberations over Bush’s nomination of John Roberts to the Supreme Court will want to bear in mind the arguments Sunstein so trenchantly presents."

Sunstein is a contributing editor at The New Republic and The American Prospect, and a frequent contributor as well to the New York Times Book Review and the New York Review of Books.His other books includeRepublic.com,Why Societies Need Dissent, Risk and Reason,andDesigning Democracy: What Constitutions Do.