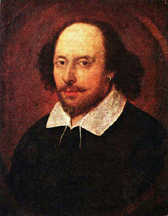 William Shakespeares relationship with the Catholic Church will be the subject of this years Catholic Culture Lecture Series at the University of Notre Dame.

The lectures, which are annually sponsored by the Center for Ethics and Culture, will concern the Bards religious faith and ecclesial allegiances, both increasingly controversial topics in Shakespearean studies.

All lectures in the series will take place at 8 p.m. in Room 155 of DeBartolo Hall, and all are free and open to the public.

Joseph Pearce, professor of literature and writer-in-residence at Ave Maria University in Naples, Fla., will give a lecture entitledWill the Real Shakespeare Please Stand Up? Evidence for the Bards Catholicismon Tuesday (Sept. 18).Pearce is the author of 14 books, most of them literary biographies of such writers as G.K. Chesterton, Hilaire Belloc, J.R.R. Tolkien and Alexander Solzhenitsyn.He also is editor of the Saint Austin Review, a monthly cultural journal.

John Finnis, Biolchini Family Professor of Law at Notre Dame and professor of law and legal philosophy at Oxford, will speak onThe Audacity of Shakespeares Non-recusant Catholicismon Oct. 2 (Tuesday).Finnis teaches courses on jurisprudence; the social, political and legal theory of Thomas Aquinas; and the social, political and legal theory of Shakespeare.In addition to numerous books and articles on law, legal theory, moral and political philosophy, moral theology, and the history of the late Elizabethan era, he is the author of such articles asThe Thing I am: Personal Identity in Aquinas and ShakespeareandShakespeares Intercession for Loves Martyr.

Clare Asquith, author ofShadowplay: The Hidden Beliefs and Coded Politics of William Shakespeare,will give a lecture onShakespeares Dark Matteron Oct. 9 (Tuesday). For nearly 10 years, Asquith has studied and written on the similarities between censorship under communism and under the repressive regimes of Shakespearean England.Commenting onShadowplay,her most recent book on Shakespeare, the critic John Guy said thateven if only half of Clare Asquiths argument turns out to be correct, shes written the most visceral, challenging, compelling book on Shakespeares place in history weve had for 20 years.