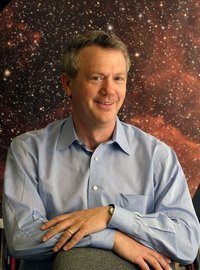 Robert Kirshner, the Clowes Professor of Science at Harvard University, will speak on “Exploding Stars and the Accelerating Cosmos: Einstein’s Blunder Undone” on Thursday (Oct. 8) at the University of Notre Dame.

The lecture, which is free and open to the public, will begin at 7 p.m. in the Hesburgh Library’s Carey Auditorium.

Kirshner is a member of the American Academy of Arts and Sciences, the National Academy of Sciences and the American Philosophical Society. In 2007, Kirshner and his colleagues of the High-Z Supernova Team shared the Gruber Prize in Cosmology. His award-winning book “The Extravagant Universe: Exploding Stars, Dark Energy, and the Accelerating Cosmos” has been translated into four languages.

Kirshner’s lecture is part of the 2009 international year of astronomy events at Notre Dame. The lecture is sponsored by the Charles Edison Lecture Fund.