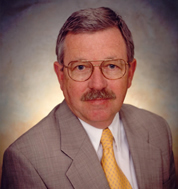 David Kay, senior research fellow at the Potomac Institute for Policy Studies and former head of the U.S. effort to find weapons of mass destruction in Iraq, will present a lecture titledWhat is the Future of Non-Proliferation?at 7:30 p.m. Monday (Nov. 21) in the McKenna Hall auditorium at the University of Notre Dame.

The presentation is free and open to the public as part of a 10-lecture series titledThoughts on the Unthinkable: Perspectives on Nuclear Weapons and Warfare.It is sponsored by the Department of Physics, Center for Social Concerns,CollegeofScienceandReillyCenterfor Science Technology and Values.

In June 2003, President Bush directed that oversight of the hunt for Iraqi weapons of mass destruction (WMDs) be transferred from the Defense Department to the Central Intelligence Agency (CIA), after which the director of the CIA appointed Kay to lead the search and direct the activities of the 1,400-member Iraq Survey Group. Kay reported in January 2004 that there had been no stockpiles of WMDs inIraqat the time of theU.S.invasion of the country and resigned his position. The report led to Congressional hearings and the appointment of an independent commission to investigate the causes ofU.S.intelligence failures prior to the war, as well as how this intelligence was communicated and used by policymakers.

Kay earned his bachelors degree from theUniversityofTexasand his masters and doctoral degrees in international affairs fromColumbiaUniversity. He served as the chief nuclear weapons inspector for the International Atomic Energy Agency (IAEA) and the United Nations Special Commission, leading numerous inspections intoIraqafter the first Gulf War to determine Iraqi nuclear weapons production capability. While inIraq, he led teams that found and identified the scope and extent of Iraqi uranium enrichmentactivities, located the major Iraqi center for assembly of nuclear weapons, and seized numerous documents on the Iraqi nuclear weapons programs. At one point, he spent four days as a hostage in aBaghdadparking lot.

Kay has 15 years of management experience with international organizations and trade associations and has received the IAEAs Distinguished Service Award and a commendation from the U.S. Secretary of State.He also has served on the Defense Science Board, the U.S. State Departments Advisory Commission on International Organizations, the Rockefeller Foundations Advisory Group on Conflicts in International Relations, and theU.S.delegation to the UN General Assembly.

Kay has frequently testified before Congress and has written for the mainstream media and appeared as an analyst on network and cable television and radio news programs. As a senior fellow at the Potomac Institute for Policy Studies, he specializes in the study of counterterrorism issues and weapons proliferation.