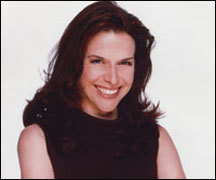 Barbara Martinez Jitner, executive producer of the soon-to-be released motion pictureBordertown,starring Jennifer Lopez and Antonio Banderas, will showcase her documentaryLa Fronteraand deliver a lecture titledFemicide at Our U.S. Border: To be a Woman in Juarez is a Death Sentenceat 7 p.m. Tuesday (Sept. 18) in the Hesburgh Center auditorium at the University of Notre Dame.

The event, which is free and open to the public, is part of Multicultural Student Programs and ServicesFine Arts Lecture Series.

Martinez Jitner, whose research in Juarez provided inspiration for the film, gives a moving and personal look at the border town of Juarez, Mexico, which has been nicknamedThe Capital of Murdered Womenbecause more than 400 women, many of whom worked in American-owned factories created by NAFTA, have been found raped, mutilated and murdered there.Martinez Jitner, who has worked with Lopez and Amnesty International to help stop the femicide, will outline ways others can contribute to the effort.

Martinez Jitner is an executive producer of the PBS seriesAmerican Family,which made history as the first Latino family drama on broadcast television when it debuted in 2002 and wrote the critically acclaimed premiere episode.She wrote nine and directed seven of the shows first 22 episodes.As president of El Norte Productions, Martinez Jitner currently is developing several feature films, includingBordertown, Zapatafor Disney andTattooed Soldierfor HBO.She began her career as an award-winning director of commercials and documentaries and produced the Showtime documentaryAn American Tapestry.