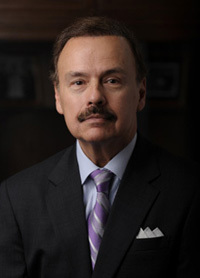 Gurulé’s election to the academy by its board of governors and other fellows is a result of his work and accomplishments as a senior public administrator, especially as assistant attorney general and undersecretary of the U.S. Department of Treasury.

Established in 1967 and chartered by Congress, NAPA is a non-profit, independent coalition of top public management and organizational leaders who tackle the nation’s most critical and complex challenges.

As undersecretary for enforcement in the Treasury Department from 2001 to 2003, Gurulé had oversight responsibilities for the U.S. Secret Service; U.S. Customs Service; Bureau of Alcohol, Tobacco and Firearms (BATF); Financial Crimes Enforcement Network (FinCEN); Office of Foreign Assets Control (OFAC), and the Federal Law Enforcement Training Center (FLETC). Gurulé also served as assistant attorney general in the U.S. Department of Justice from 1990 to 1992, and as assistant U.S. Attorney, where he served as deputy chief of the major narcotics section of the Los Angeles U.S. Attorney’s Office from 1985 to 1989.

For more on Gurulé, visit :http://law.nd.edu/people/faculty-and-administration/teaching-and-research-faculty/jimmy-gurule.

Gurulé will be inducted into NAPA on Nov. 19 in Washington, D.C. For more on the academy, visit: http://www.napawash.org/.