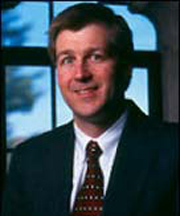 America’s Catholic bishops should practice what they preach, according to Notre Dame Law School professor Matthew J. Barrett.p. In an article in the March 29 edition of America magazine, Barrett observes that under the canon law of the Catholic Church, “bishops are often tax collectors too, regularly levying tariffs on the parishes of their dioceses …sometimes called diocesan assessments, quotas, mandatory targets or fees,” but he cites a 2003 Notre Dame Law School study to assert “that bishops who impose diocesan taxes in the United States use flat tax rates almost four times more frequently than progressive rates.”p. Barrett argues that this practice contravenes the imperatives of Catholic social teaching, which insists that tax burdens be proportionate to citizens’ ability to pay. This emphasis on distributive justice has roots as ancient as the Gospel accounts of the Apostles’ common purse and was affirmed by the American bishops as recently as their 1986 pastoral letter on the economy, which, Barrett says, “explicitly endorsed a progressive tax scheme ‘based on assessment according to ability to pay’ as a ’prime necessity for basic justice.”p. “[T]he bishops would do well to follow their own counsel,” Barrett writes “Both collectively and individually, they should review their diocesan tax policies and practices to determine whether they ‘flow from the ethical moral vision’ articulated in their pastoral letter.”p. A longer version of the article will soon appear in The Jurist.p. A member of the Notre Dame Law School faculty since 1990, Barrett teaches business-related courses, including accounting for lawyers and federal income taxation. He is a certified public accountant and coauthor of the second edition of the law school casebook “Accounting for Lawyers.” He has served on the parish council at St. Joseph Church in South Bend, assists the Notre Dame Legal Aid Clinic with tax and not-for-profit corporation issues, is a volunteer tax preparer for low-income taxpayers with Notre Dame’s Tax Assistance Program, and advises South Bend’s Center for the Homeless on tax and corporate matters.