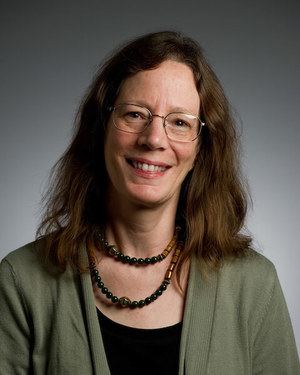 As the 200th birthday of American icon Henry David Thoreau is celebrated around the world on Wednesday (July 12), Laura Dassow Walls, author of the comprehensive biography “Henry David Thoreau: A Life,” will be commemorating the date in Concord, Massachusetts, Thoreau’s birthplace.

Walls, the William P. and Hazel B. White Professor of English, is a leading scholar of Thoreau. “Thoreau: A Life,” the first comprehensive biography of the life of Thoreau since Walter Harding’s “The Days of Henry Thoreau” was published in 1965, was officially released by the University of Chicago Press Wednesday.

Walls says the book reflects the “immense amount of work” done on Thoreau and his connections in the last 50 years.

“Thoreau carries a deeper, wider message than many other writers,” Walls says. “He is an American icon who stands for so many different things – many of them contradictory.”

In the biography, Walls combats popular misperceptions about Thoreau — that he lived in the wilderness as a hermit and a misanthrope — that persist in the public imagination but scholars have known to be not true. Previous accounts of Thoreau’s life also showed hostility toward the women in Thoreau’s family.

“Doing research into his family, I discovered what strong, innovative, real leaders the women in his family were — and not just one or two, but really all of them,” Walls says. “And they clearly profoundly inspired and influenced Thoreau, including his abolitionism.”

Walls, though, believes that public perception of Thoreau was the one that was needed in a previous era — that an earlier generation wanted the story of a person who moved away and became a religious seeker on a solitary quest.

But the Thoreau she chronicles has much to say about our own time, too. In “Walden,” she says, he writes of the need to push through the mud and slush of opinion in order to find the solid rocks at the bottom. Thoreau was frustrated with newspapers taking false or loaded stances on events of his day, such as slavery.

“There’s this sense that you’ve got to somehow ground yourself and leave the voices behind for a bit and really think carefully through what the foundation for truth and ethical action would be,” she said. “He says there has to be something deeper and older than this current froth, and he comes away feeling that he has found it — and urges us to pursue a similar kind of quest.”

According to Walls, Thoreau’s legacy endures today in part because of “his ability to seamlessly integrate concern for the nonhuman environment and concern for human rights and social justice.”

“Despite his lifelong effort to demonstrate in words and action that these two forms of justice are tightly intertwined, after his lifetime they drifted apart, until today they are too often assumed to be indifferent to each other or even in conflict,” Walls says. “Nothing could be farther from the truth, as Pope Francis makes eloquently clear in his 2015 encyclical Laudato Si, in which he calls for ‘integral ecology.’ I’m fascinated by how many of the pope’s teachings are paralleled by Thoreau’s life and writings, in ways that suggest a strong convergence of spiritual traditions.”

Walls began work on this book with the support of a John Guggenheim fellowship during the 2010-11 academic year, and in 2015 was awarded a National Endowment for the Humanities fellowship to complete it.

Writing “Thoreau: A Life” was “like writing a novel with a cast of hundreds of characters and riveting events, suspense and crises and resolutions, and triumphs and tears,” Walls says, “and it’s the most fun I have ever had writing.”