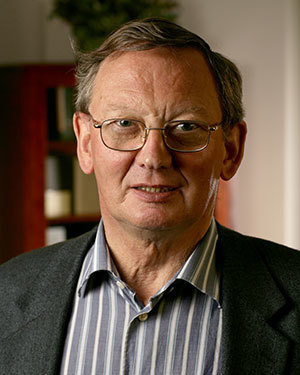 The Keough-Naughton Institute for Irish Studies announces the inaugural Breandán Ó Buachalla Memorial Lecture at 4 p.m. Thursday (March 27) in the Hesburgh Library Rare Books Room on the campus of the University of Notre Dame.

As part of the Twentieth Anniversary Speakers and Public Talks Series, the lecture honors the late Breandán Ó Buachalla, the first Thomas J. and Kathleen M. O’Donnell Chair of Irish Language and Literature at the University of Notre Dame, who was instrumental to the success of both the Keough-Naughton Institute for Irish Studies and the Department of Irish Language and Literature.

The inaugural lecture, “Gaeilge anois labharfar: Travails of the Irish Language,” will be presented by Distinguished Naughton Fellow Cormac Ó Gráda, emeritus professor of economics at University College Dublin. “We are pleased to have Cormac Ó Gráda deliver this inaugural lecture on the experience of the Irish language, as Breandán regarded the Irish language as a living tradition, symbolic of an unbroken practice with the past,” said Christopher Fox, director of the Keough-Naughton Institute. 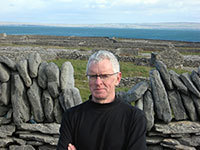 Ó Gráda’s major books include “Ireland: A New Economic History 1780-1939” (1994), “Jewish Ireland in the Age of Joyce” (2006) and “Famine: A Short History” (2009). Co-editor of the European Review of Economic History, Ó Gráda is a member of the Irish Economic and Social History Society as well as the Royal Irish Academy, where he received the academy’s Gold Medal in 2010.

The memorial lecture will provide an opportunity to recognize a premier scholar of Irish culture, literature and linguistics. “Breandán had mythic, larger-than-life status in Irish language and Irish studies circles where he was known as ‘The Great Ó Buachalla,’ the scholar who had written the most important book on Irish-speaking culture in the last 50 years, his classic 800-page study of Jacobite Ireland,” said Fox.

When Ó Buachalla took the Thomas J. and Kathleen M. O’Donnell Chair, he became the first new endowed chair of Irish in North America since the Hibernian Chair at Catholic University in 1896 — a point of which he was proud. Known for his sense of humor, devotion to his family, commitment to his students and intolerance of shoddy work, his presence is felt today. Because of Ó Buachalla’s work and vision, the new Department of Irish he built now receives international recognition.

Ó Buachalla is “much missed,” said Fox, “but his legacy at Notre Dame will live on in the classroom and in the field of Irish language and literature for many years to come.”