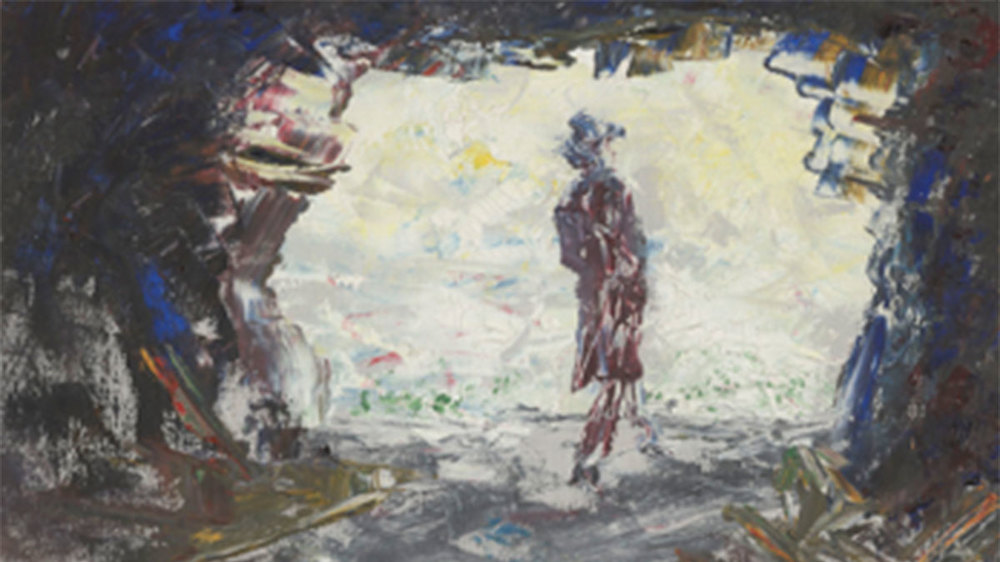 The Snite Museum of Art has received a gift from the Donald and Marilyn Keough family of 19 modern and contemporary paintings by Irish artists. Combined with earlier acquisitions of 18th-century prints by James Barry and Thomas Frye and photographs by Alen MacWeeney, the gift lays the foundation for a significant collection of Irish art spanning three centuries at the University of Notre Dame.

“This gift of paintings does not only represent an aesthetic contribution to Notre Dame,” said Patrick Griffin, Madden-Hennebry Professor of History and director of the Keough-Naughton Institute for Irish Studies, “it also helps build a bridge between Ireland and the University. For these reasons, we are thrilled to have these paintings here. It is especially gratifying for me that the gift comes from one of our most generous benefactors, the Keough family.”

Included in the gift are prime examples of modern art by Jack B. Yeats, Roderic O’Conor and Paul Henry, among others. Yeats is probably the best known and most beloved Irish artist, notable for his expressionistic treatment of Irish subjects plucked from common life — horse races, fairs, the countryside and coastlines of Ireland. A participant in the Armory Show in New York in 1913, he developed a strong following in the United States and sold many of his best paintings to collectors on this side of the Atlantic.

“These paintings are welcome additions to our holdings of modern European art; they provide a heretofore lacking visual component to the rich resources offered in the University of Notre Dame’s esteemed Irish Studies program,” said Chuck Loving, director of the Snite Museum. “They will strengthen our ability to partner with the Irish studies program, Hesburgh Libraries Special Collections and the University’s Dublin Global Gateway.”

Jack B. Yeats’ "Driftwood in a Cave" painting is now temporarily installed on the new acquisitions wall in the atrium of the museum.

Before their passing, Donald and Marilyn Keough were generous benefactors of the University. In addition to a gift in 1992 that established the Irish studies program and created an endowed chair initially held by Professor Seamus Deane, the couple made several other significant contributions to Notre Dame for a variety of educational and residential initiatives, including two additional endowed chairs in Irish studies; a summer internship program for Notre Dame students in Ireland; the restoration of O’Connell House in Dublin; the Keough-Hesburgh Professorships for leading scholars who demonstrate a commitment to Notre Dame’s Catholic mission; and a men’s residence hall named in Marilyn Keough’s honor. Most recently, they funded the Donald R. Keough School of Global Affairs, the first college or school established at the University in nearly a century.

Donald Keough was chairman of the board of Allen & Company Inc., a New York investment banking firm. He retired as president and chief operating officer of The Coca-Cola Company in 1993. He was a member of the University’s Board of Trustees from 1978 until 2015, serving as chair from 1986 to 1991. Marilyn Keough was an educator at Good Shepherd Convent School in Omaha, Nebraska, before marrying Donald in 1949. The couple settled with their six children in Atlanta where they supported area arts institutions, colleges and schools. Five of of their children are Notre Dame graduates, with several of them serving on either the University’s Board of Trustees or advisory councils.

The Snite Museum of Art, University of Notre Dame

The Snite Museum of Art is located on the campus of the University of Notre Dame, near South Bend, Indiana. Museum hours are 10 a.m.–5 p.m., Tuesday through Friday; and Saturday and Sunday noon–5p.m. Admission is free.

The Snite Museum of Art provides opportunities to enjoy, respond to, learn from, and be inspired by original works of art. As a department of the University of Notre Dame, the museum supports teaching and research, creates and shares knowledge, celebrates diversity through the visual arts, serves the local community and explores spiritual dimensions of art.

Originally published by Mary Hendriksen at irishstudies.nd.edu on January 24, 2018.