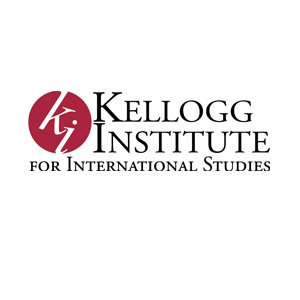 What is the impact of increased trade on the economies and peoples of developing countries? This was but one of many questions considered by top economists from around the country at a conference held recently at the University of Notre Dame’s Kellogg Institute for International Studies.

Over the past decade there has been a renewed interest by economists in international trade, its determinants, and its potential benefits. Methodological advances and new availability of microdata have led to an explosion of new research, much of which is directly linked to questions of development.

The purpose of the Kellogg conference, held on campus April 29 and 30, was to assess these advances, “in particular integrating macroeconomic development work with the more recent microeconomic research,” according to conference organizer and Kellogg Faculty Fellow Joseph Kaboski, the David F. and Erin M. Seng Foundation Associate Professor of Economics.

Among the prominent scholars presenting their work was 1994 Nobel laureate Robert E. Lucas Jr. of the University of Chicago, who presented an ambitious paper modeling the role of interpersonal relationships in the diffusion of technology to a standing-room-only audience.

“Lucas’ model and presentation represented a significant achievement,” commented Kaboski. “Up to now technology diffusion has been modeled as almost coming from thin air while this new work emphasizes the social and business interactions we all have.”

A big-picture discussion by Gene Grossman, the Jacob Viner Professor of International Economics at Princeton University, put the model in perspective. He anticipated it would give economists a formal framework to address the impact of broader social phenomena on technology diffusion, productivity and development.

“Such phemonena could include social networks, common language and religions, and racism or other ethnic segregation,” said Kaboski.

Other researchers taking part in the conference represented the upper echelon of economics departments at institutions such as MIT, Columbia, Princeton, Yale and New York Universities, and UCLA. In addition to Kaboski, Notre Dame presenters included Antoine Gervais and Jeff Thurk, both assistant professors of economics and Kellogg faculty fellows.

Papers focused on assessing and interpreting these empirical impacts through the lens of recent economic theory, or conversely, applying theory to yield testable empirical implications. Presenters covered a range of topics, including:

• A theoretical analysis of the potential impact of liberalization on global productivity through its effect on the organizational charts of firms.