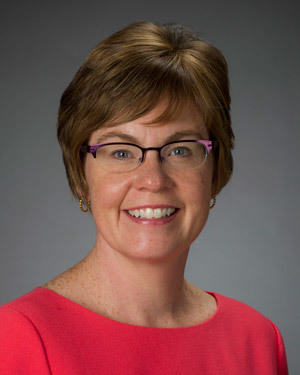 Kathleen Sprows Cummings, associate professor of American Studies, has been appointed director of the University of Notre Dame’s Charles and Margaret Hall Cushwa Center for the Study of American Catholicism.

Announcing the appointment, John McGreevy, dean of Notre Dame’s College of Arts and Letters, praised Cummings as “one of the country’s most accomplished scholars of American Catholicism.”

Cummings, who now serves as associate director of the Cushwa Center, will succeed Timothy Matovina, professor of theology, who has been director of the center since 2002.

“I could not have asked for a better colleague,” Matovina said, “but I think my deepest debt of gratitude to Kathy is that I leave the center I esteem highly to an accomplished and visionary successor.”

Cummings, whose five-year appointment becomes effective July 1, has been associate director of the Cushwa Center since 2001. A historian of the Catholic Church in America and of women in American religion, she holds concurrent appointments in the departments of history and theology. She is the author of “New Women of the Old Faith: Gender and American Catholic Identity in the Progressive Era” and is at work on a new book, “Citizen Saints: Catholics and Canonization in American Culture.”

Established in 1975, the Cushwa Center is widely recognized as the leading center for the historical study of Roman Catholicism in the United States. It sponsors seminars, conferences and research projects, many of which produce scholarly volumes or popular educational publications and engages the work of historians and their colleagues in theology, women’s studies, sociology, religious studies, American studies and English. It also provides resources and critical commentary for media people interested in American Catholicism and collaborates with church leaders and pastoral workers to invigorate Catholic life in the United States.