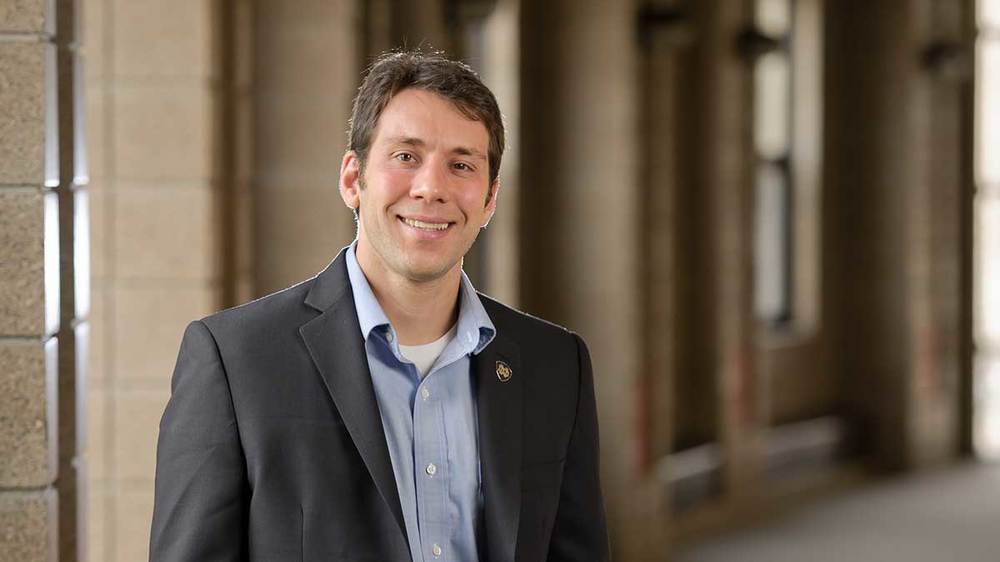 Justin Crepp, Freimann Assistant Professor of Physics in the College of Science at the University of Notre Dame, and director of the Engineering and Design Core Facility, has been selected to serve on the Exoplanet Science Strategy committee that’s part of the upcoming 2020-2030 National Academy of Sciences (NAS) decadal survey in astronomy, astrophysics and planetary science.

Crepp is one of 14 committee members, a select group of experts in the field, tasked with identifying priorities within the field they believe should be addressed within the next decade. Committee members will meet in person and via teleconference and, following discussion, will write white papers with recommendations. Those recommendations will then be reviewed and evaluated for incorporation into the final survey.

The 2010 survey also included recommendations in the field of exoplanets, and Crepp said that continued interest is encouraging.

“If a senator or house member is asking for that, it’s a good sign there might be funding for what’s suggested,” he said.

What are those priorities? Crepp said that prior to his first official meeting with the rest of the committee, he’s trying to keep an open mind.

“In the back of everyone’s mind, everyone ultimately wants to take a picture of the pale blue dot,” said Crepp, referring to the famous description of Earth by Carl Sagan after the Voyager 1 spacecraft captured an image of the planet from an estimated 4 billion miles away on Feb. 14, 1990. “Everyone wants an image of an Earth-like world, because seeing is believing. You want a picture, an image — and that has never graced the front page of the New York Times.”

That image would also provide a spectrum of such a planet, giving scientists the chance to determine what its atmosphere is made of.

Taking that picture is no small task. Crepp said such a mission would require going from ground-based astronomy to putting a telescope in space — a $10 billion mission.

Determining which priorities to include in their recommendations will require a careful balance of open-mindedness and practicality. Committee members will have to consider what is feasible within a 10-year span.

“It’s a budget question. It’s a mindset question — how aggressive do we want to be? And it’s a culture question,” said Crepp. “Are we ready for this?”