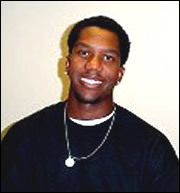 Notre Dame junior Marques Bolden was born nearly two decades after the civil rights movement of the late 1960s shook the foundation of this country, yet he considers the emergence of the Black Panthers – a powerful and controversial force of that time – a movement with contemporary relevance for todays African-Americans that deserves closer examination.

In my lifetime, Ive seen the degradation of the black community and the growing disparity between the affluent and the poor in<?XML:NAMESPACE PREFIX = ST1 />America,he says.The Black Panthers represented an attempt to change the problems affecting African-American poor.They were able to do something which has so far never again been successfully accomplished: mobilize the African-American poor across the nation into a nationally recognized political force.

Boldens research on the Black Panther movement, specifically, the role racial poverty and political oppression played in the emergence of the Black Panthers, is conducted through Notre Dames Workshop on Riots and Protest. Launched in 2000 by Department of Sociology Chair Dan Myers and currently run by Rory McVeigh, assistant professor of sociology, this project allows undergraduate students to intensely examine issues of race, ethnicity and social protest.

Boldens major data source for his project comes from the Black Panther newspaper The Panther, published during the civil rights movement, which provides both economic and cultural contexts in which to understand the social climate of that era.

The economic shift that took place during the late 1960s and early70s in major American cities – changing from manufacturing to post-industrial economies – robbed many African-Americans of factory jobs that previously had provided comfortable wages but required little education.

The decline of these jobs was forcing them into poverty, which greatly diminished opportunity for them,Bolden said.This, together with the inattentiveness of political authorities to the worsening condition of African-American communities led to the rise of Black Panther chapters.

The cycle of poverty, crime, poor education – and the absence of a cohesive political voice – took hold in many black communities.

One reason the Black Panthers were seen as such a dangerous organization to the government was due to their perceived potential to initiate radical change,Bolden said.Their goals were clear and their message resounded with many Americans across the nation,Bolden explains.

Despite similarities between the social and economic climates of today and the late60s, Bolden doesnt believe that contemporary activism will follow the same trajectory as it did in the past.

There is no doubt that the nations present condition resembles the social climate ofAmerica30 years ago,Bolden said.However, I dont believe that history is destined to repeat itself. The social movements of the 1960s and70s provided the first step in solving some of the nations ailments, but their work is not completed.In order to makeAmericaa better place for all Americans, we must continue where they left off by improving our own communities and utilizing the privilege of voting – which is given to all American citizens.