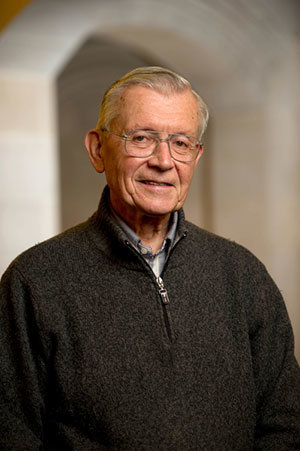 John J. Uhran Jr., senior associate dean emeritus and professor emeritus of computer science and engineering at the University of Notre Dame, has been named a fellow of the American Society for Engineering Education (ASEE).

The grade of fellow is conferred upon an individual who has been an ASEE member for a minimum of 10 years and in recognition of his or her outstanding contributions to engineering or engineering technology education.

Although his research interests focused initially on communication theory and systems and simulation techniques, more recently he devoted time to artificial intelligence. Uhran maintained a special interest in engineering education throughout his career, providing significant leadership in the development of many undergraduate programs in Notre Dame’s College of Engineering.

A faculty member since 1966, Uhran helped develop several laboratories at Notre Dame and published more than 90 technical papers and 30 reports. He is co-developer of NDTran, a software package used to simulate large systems. Before retiring, he began a series of conferences on First Year Engineering Education. The sixth in the series is being held at Texas A&M in August. He has been actively involved in both the Institute of Electrical and Electronic Engineers and ASEE, served as an adviser for Tau Beta Pi and is a member of Eta Kappa Nu, Sigma Xi and Alpha Phi Omega.