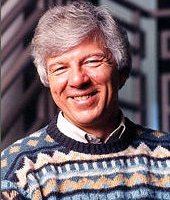 James P. Sterba, professor of philosophy at the University of Notre Dame, has been elected vice president and president-elect of the Central Division of the American Philosophical Association.

A member of the Notre Dame faculty since 1973, Sterba has published 24 books, including the award-winningJustice for Here and Now,Three Challenges to Ethics,Terrorism and International Justice,Affirmative Action and Racial Preference: A Debate(co-authored with Carl Cohen), andThe Triumph of Practice Over Theory in Ethics.His latest book, to be published this year by Oxford University Press, is a debate book with Warren Farrell, a well-known critic of feminism, titledDoes Feminism Discriminate Against Men?

Sterba, who lectures widely in Europe, Asia, Africa and theUnited States, has been a faculty fellow in Notre Dames Kroc Institute for International Peace Studies since its inception. He teaches courses in ethics, social and political philosophy, and contemporary moral problems, including war and peace issues.