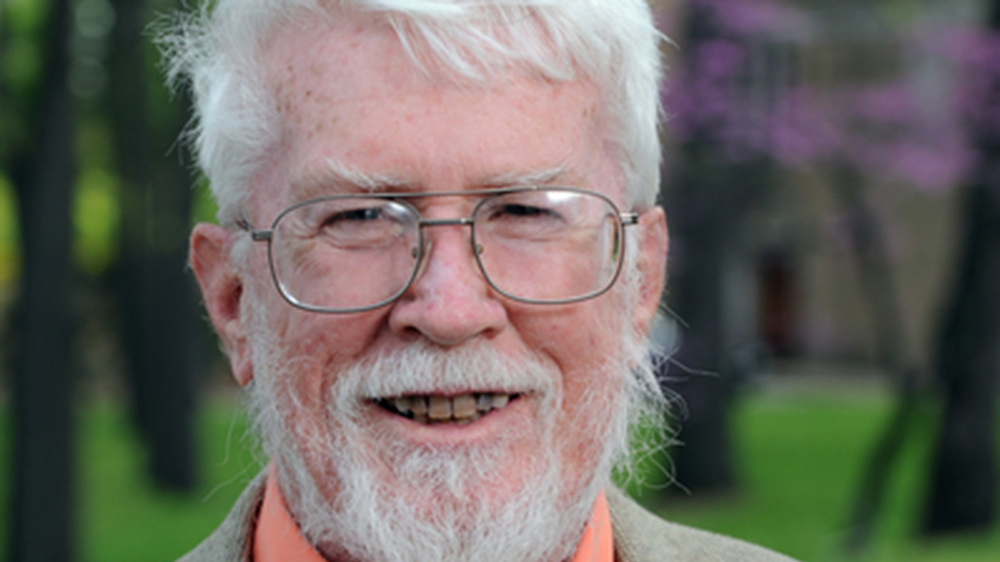 Walton R. Collins, who served as editor of Notre Dame Magazine for 12 years and taught in the University’s Gallivan Program in Journalism, Ethics and Democracy for 17 years, died September 24. He was 88.

A 1951 graduate of Notre Dame, Collins was a career journalist – a spry, lucid and eloquent writer and a judicious, strong and unflappable editor. A civic-minded newspaperman when the local daily was an integral component in community affairs, he later became one of the most respected editors in the field of college and university publishing. During his tenure at Notre Dame Magazine, from 1983 until his retirement in 1995, the quarterly won numerous awards for the quality of its writing and its editorial excellence.

“For more than a decade, Walt Collins directed Notre Dame Magazine with vision, wisdom and integrity,” said Rev. Edward “Monk” Malloy, C.S.C., who was University president during most of Collins’ 12 years as the magazine’s editor. “Walt was the consummate journalist, and he wisely edited a magazine that aptly and effectively represented the University in its breadth and depth and fullness. He was a good man whose life and work reflected the values of this institution.”

Collins began that career when he was a high school sophomore with a summer job in the morgue (now called the library) of his hometown paper, the Philadelphia Inquirer. He studied journalism at Notre Dame and, after his graduation in 1951, returned to Philadelphia as an assistant editor at Industrial Maintenance Magazine. Two years later, back in Indiana after marrying Carolyn Huebner, a native of Alexandria, Indiana, whom he had met at a Sunday afternoon tea at Saint Mary’s College, he became managing editor of the Alexandria Times-Tribune.

From 1957 until 1969, Collins was on staff at The South Bend Tribune, first as a reporter and then as an associate editor with responsibility for the daily’s editorial pages. He subsequently became assistant to the chancellor for university relations at Indiana University South Bend (IUSB) while continuing to serve as book editor at the Tribune and as a frequent discussion moderator on local political and civic television programming. He taught writing for 31 years, first at IUSB and then at Notre Dame.

Collins’ preferred mode of transportation was his bicycle, as he biked to work daily for decades. He was also a canoeist, backpacker, snorkeler and scuba diver; he loved the outdoors, space exploration, literature (especially science fiction) and international travel. Even after his retirement from the magazine, he went on assignment to Honduras, Ecuador and Cape Canaveral. He and his wife, Carol, whom he married in 1952 and with whom he had five children, ventured to Machu Picchu, China’s Great Wall, the Mayan pyramid at Chichen Itza, a toboggan run in the Alps and a whale-watch boat off the coast of Newfoundland.

“Walt Collins was as fine a man as I’ve ever known,” said Kerry Temple ’74, who succeeded Collins as editor in 1995 after serving him as the magazine’s managing editor for a decade. “He was incredibly knowledgeable about everything, humble, down-to-earth, quietly spiritual, an elegant writer and a firm but gentle editor. He had a great appetite for learning, for discovery, and was greatly respected, if not loved, by all who knew him.”

99.7% of Notre Dame students tested COVID-free before returning to campus