A teacher and scholar, Shaffer was among the community of scholars exploring interdisciplinary issues at the intersection of law and religion, law and community, law and humanities, and law and literature. In such works as "On Being a Christian and a Lawyer" and "Faith and the Professions," Shaffer wrote about the importance of integrating faith into the teaching and practice of law. As a teacher, he taught legal ethics, estate planning, and law and religion, but at the heart of his teaching was to call his students to reflect on what it means to be a person of faith and a lawyer. “I do not get my morals from the law,” he said during a 2003 roundtable discussion published by the Pepperdine Law Review, “and I do not want my students to.”

Reflecting on his career in 1997, he identified 1991 as the year of his “conversion” from being primarily a classroom teacher to working with students in the Notre Dame Legal Aid Clinic, now known as the Notre Dame Clinical Law Center. As a supervising attorney, he taught clinical ethics, guided the legal practice of law students who served low-income residents in South Bend, and inspired generations of future Notre Dame lawyers.

According to Bob Jones, the Law School’s associate dean for experiential programs and clinical professor of law, “Tom was the spiritual center of the Legal Aid Clinic and regarded as a beloved mentor by every clinician who served there.”

Rick Garnett, the Paul J. Schierl/Fort Howard Corporation Professor of Law and the founding director of the Law School’s Program on Church, State, and Society, said that “Tom Shaffer’s work and thought were, for me, hugely inspiring and influential, ever since I encountered them in law school. He showed me, and many others, that it was possible — and worth doing — to incorporate one’s faith with one’s law practice and scholarship.”

In 2013, the Law School renamed the Notre Dame Law Fellowship the Thomas L. Shaffer Public Interest Fellowship in recognition of Shaffer’s extraordinary dedication to Notre Dame Law students and the public good. The Shaffer Fellowship is a highly competitive, two-year fellowship supporting students who provide direct services to the poor in a nonprofit or government agency.

Visitation will take place at 10 a.m. Friday (March 1) at Little Flower Catholic Church, 54191 Ironwood Road, South Bend. The funeral Mass will be held at 11 a.m. and interment will follow at Cedar Grove Cemetery on campus. After the interment, a reception will be held at the Morris Inn. All are welcome. In lieu of flowers, Shaffer’s wife, Nancy, and family have asked that contributions be made to the Thomas L. Shaffer Public Interest Fellowship at Notre Dame Law School.

The Law School is planning a memorial celebration of Shaffer’s work and life to be held later in the spring semester. The date will be announced in the near future.

Nell Jessup Newton is the Joseph A. Matson Dean and Professor of Law at Notre Dame Law School.

Originally published by Nell Jessup Newton at law.nd.edu on Feb. 27. 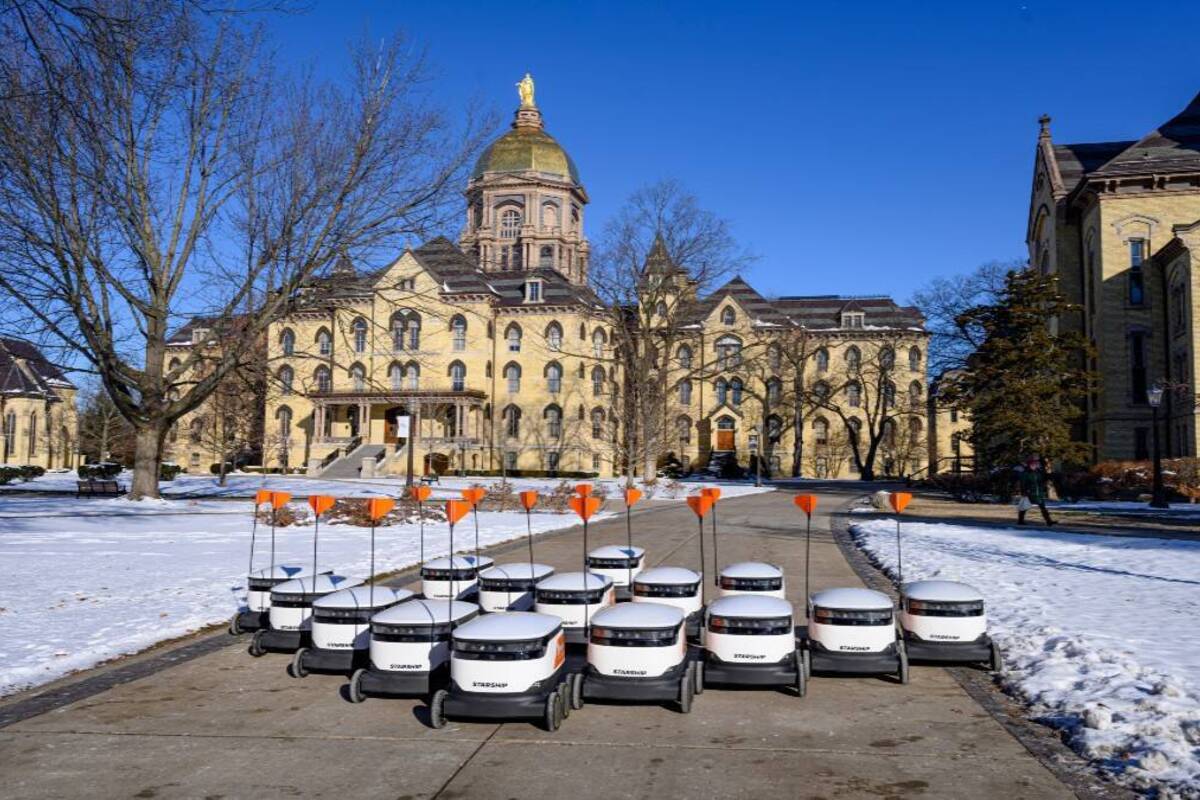 Robot food delivery launches at the University of Notre Dame