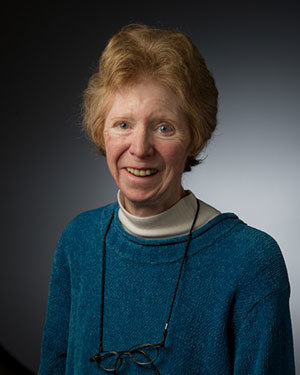 Maureen Hallinan, William P. and Hazel B. White Professor of Sociology Emeritus at the University of Notre Dame, died Monday (Jan. 28) in South Bend after an illness. She was 73.

A native of New York, Hallinan earned a bachelor’s degree from Marymount College, a master’s degree in mathematics from Notre Dame and a joint doctorate in sociology and education from the University of Chicago. She taught at Stanford University and the University of Wisconsin, Madison before joining Notre Dame’s College of Arts and Letters in 1984. She was the second woman at the University appointed to an endowed chair and the founding director of the Institute for Educational Initiatives as well as the Center for Research on Educational Opportunity (CREO).

“Maureen Hallinan was a world-renowned scholar, an inspired witness to faith, and a deeply beloved colleague. She has truly been a disciple who ‘kindles hearts and illumines minds’ with the love of learning and truth,” said Rev. Timothy R. Scully, C.S.C., Hackett Family Director of the Institute for Educational Initiatives and professor of political science.

“Her pioneering, rigorous and nationally influential scholarship in the sociology of education leaves an enduring legacy at the core of Notre Dame’s commitment to excellent schooling for all young people. I’m grateful to God for her friendship and for the brilliant inspiration she provided to so many colleagues in making Notre Dame a distinctive, distinguished center for the study of education.”

Hallinan was the author or editor of nine books and more than 120 peer-reviewed articles in scholarly journals. Her research explored a variety of topics within the field of sociology of education, including the effects of school characteristics on student achievement and social development, the formation of interracial friendships in middle and secondary schools, and groundbreaking work on achievement gaps between races. She was perhaps best known for her research on academic tracking and children’s response to being tracked above or below their capabilities.

“It is impossible to think about Notre Dame Sociology without thinking of Maureen Hallinan,” said Rory McVeigh, chair of the department. “Her extraordinary research accomplishments and her high visibility in sociology, and in education research more generally, put a spotlight on our department in a way that benefited her colleagues and attracted strong faculty members and graduate students to Notre Dame.

“The high standards that she set for herself and the aspirations that she held for the department, I think, made us all try a bit harder to live up to her expectations. Yet quietly, behind the scenes, she also offered encouragement, advice and humor that were uplifting and inspiring.”

Daniel Myers, vice president and associate provost for faculty affairs, joined Notre Dame’s Department of Sociology in 1998 and remembered Hallinan as a “driving force” whose leadership was particularly important to young faculty members.

“Maureen’s vision brought the department forward into the research world in a way it had never been before, expanding its reach into mainstream sociology,” Myers said. “Over the years, she not only maintained and built upon her reputation as a preeminent researcher, but she also made a tremendous difference in the trajectory of the department and spent time actively mentoring younger scholars.”

In addition to her research and leadership within the University, Hallinan served as president of the American Sociological Association in 1996 and president of the Sociological Research Association in 2000. She also held a variety of positions in the National Academy of Education, including vice president for fellows and executive board member from 2001 to 2005. In 2004, she received the Willard Waller Award for lifetime achievement from the ASA section on Sociology of Education.

“When Maureen became president of the ASA, it brought the attention of the discipline to our department in a way it never had before,” Myers said. “It was an important moment for Notre Dame in terms of recognition within the field.”

During her 28-year tenure at the University, Hallinan was presented with Notre Dame’s Presidential Award Citation in 1997, the Research Achievement Award in 2003, the Faculty Award in 2006 and the Excellence in Research on Catholic Education Award in 2007.

“Maureen was an exemplary scholar, mentor and friend,” said Mark Berends, who succeeded Hallinan as director of CREO in 2009. “She will be sorely missed at Notre Dame. Her leadership in CREO and the field of sociology developed CREO into the place in the country to study sociology and education.

“She will be remembered as not only an excellent scholar — making significant contributions to our understanding of schools, peer networks and how students learn — but also as one who was committed, despite her many challenges in life, to her deep Catholic faith in God.”

Following her retirement from Notre Dame in 2012, Hallinan began work on a spiritual memoir. The book, tentatively titled “Seeking God,” is co-authored with Ann Primus Berends, associate director of the Education, Schooling and Society Minor in the Institute for Educational Initiatives.

“Writing the book with Maureen was, for me, a long walk on holy ground,” said Primus Berends. “Maureen was funny, feisty and uncompromising. In her lifetime, she navigated women’s rights and family life with equal resolve, fought her way through personal torture and domestic tragedy with relentless courage, and wrestled with God with indefatigable fury, as if to say, like Jacob, ‘I will not let go until you bless me.’”

Hallinan was married for 33 years to Art Grubert, until his death in 2010. She is survived by her daughter, Renee Grubert, of Mishawaka, Ind.; her son, Christopher Grubert, of Forest Park, Ill.; a grandson, Thomas; a sister, Rita Porter, of Wattsburg, Pa.; and two brothers, John Hallinan, of Flushing, N.Y. and Thomas Hallinan, of New York, N.Y.

A Mass of Christian Burial will be celebrated at 9:30 a.m. Tuesday (Feb. 4) at Notre Dame’s Basilica of the Sacred Heart, followed by interment in Notre Dame’s Cedar Grove Cemetery.

Memorial contributions may be made to the University’s Alliance for Catholic Education, 107 Carole Sandner Hall,  Notre Dame, IN 46556.