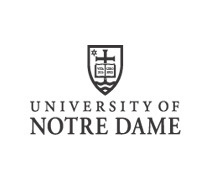 A native of Minneapolis, Regan was graduated early and with honors from Yale in 1943 in order to enlist in the U.S. Army during World War II. A veteran of the 1944 Normandy campaign, he was wounded during the attack on Cherbourg, and, by the time of his discharge in 1946, had been decorated with the Purple Heart and Bronze Star medals.

He began his career in the insurance business at Marsh & McLennan in 1946 and was promoted through several positions to president of the company in 1972 and chief executive officer the following year.
Regan was elected to Notre Dame’s Board of Trustees in 1975 and served for 16 years on its student affairs, investment, and academic and faculty affairs committees before becoming a trustee emeritus in 1992. His many gifts to the University include the endowment of the directorship of the Joan B. Kroc Institute for International Peace Studies.

A private funeral will be held this week, and a memorial service is planned for June. The family has requested that donations be made in Regan’s memory to the Inner-City Scholarship Fund, 1011 1st Avenue #1400, New York, N.Y. 10022-4112.