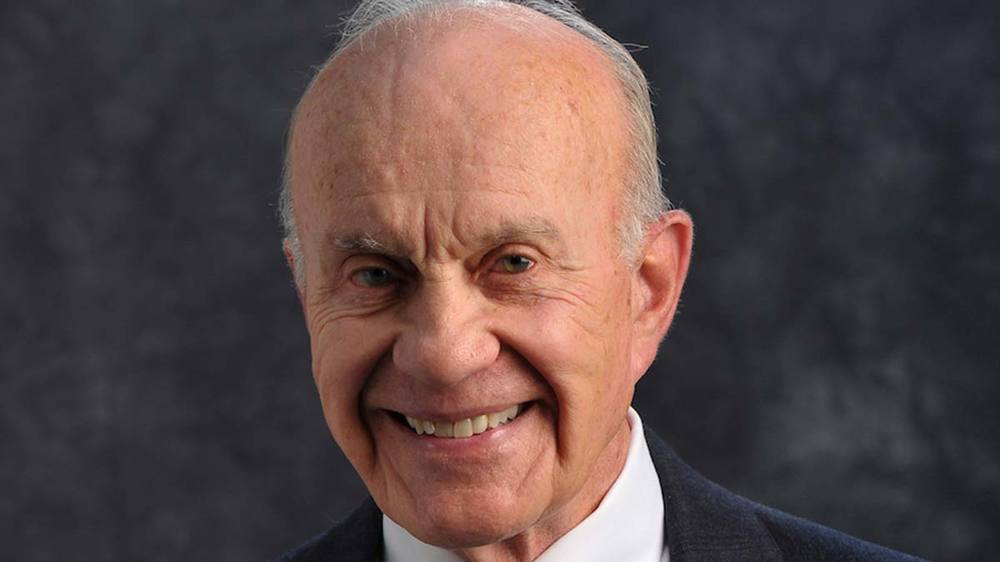 Keane served as the Gillen Dean in the College of Business Administration from 1989 to 1997 and as Korth Professor of Strategic Management from 1989 to 2010. As dean, his vision focused on strengthening the college’s academic reputation, particularly in business ethics and international business, as well as a need for greater diversity among the faculty and student body.

“Jack Keane was a devoted Notre Dame dean and a consummate professional who always emphasized the moral dimension of business and the need for creative and effective leadership,” said Rev. Edward A. Malloy, C.S.C., president emeritus of the University. “He sought to integrate the theoretical and practical as manifest in government service and the world of business.”

James S. O’Rourke IV, teaching professor of management, added: “Jack’s accomplishments were considerable. He increased the size of the faculty, nearly doubled research funding and got us a new building. The Mendoza College of Business we know today was largely his vision.”

“In his personal life, Jack was a fabulous family person who was an incredible husband and loving father,” said Frank Reilly, professor emeritus of finance. “During his professional career as the dean, he was devoted to the construction of a new building that enhanced the teaching environment for a rapidly growing student body and attracted outstanding faculty from nationally renowned universities. Clearly, this building has contributed to our growth in prestige among major business schools, and for that we will be forever grateful.”

Prior to returning to his alma mater, Keane was appointed by President Ronald Reagan to serve as the 18th director of the U.S. Census Bureau from 1984 to 1987. As director, he testified before the U.S. Congress 43 times and worked internationally, signing protocols with the Soviet Union, Saudi Arabia, Mexico, Canada, Hungary, Egypt and the People’s Republic of China. He oversaw the agency’s collaboration with the World Bank, International Monetary Fund and the U.S. Agency for International Development.

Keane also worked for J. Walter Thompson and Booz Allen Hamilton before founding Managing Change Inc., a consulting firm focused on strategic planning. He was an honorably discharged veteran of the U.S. Air Force after serving in military intelligence during the Korean War.

He is survived by wife Rosemarie, son John W. Keane and daughters Janmarie Keane Schnabel and Sharon Keane, the director of professional and academic programs for the Notre Dame Alumni Association.

A visitation will be held from 1 to 2:30 p.m. Wednesday (Oct. 30) in the Kaniewski Funeral Home, 3545 N. Bendix Drive, South Bend, Indiana. A Mass of Christian Burial will follow at 3:30 p.m. in the Basilica of the Sacred Heart at Notre Dame. Burial will then be in the University’s Cedar Grove Cemetery, where members of the Air Force will conduct military services.

In lieu of flowers, the family requests that contributions be directed to the Hospice Foundation or the American Cancer Association. To send online condolences, visit kaniewski.com.