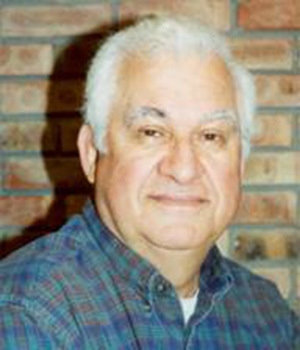 Edward Vasta, professor emeritus of English at the University of Notre Dame, died Monday (March 20) in South Bend, Indiana. He was 89.

A member of the Notre Dame faculty since 1958, Vasta specialized in Middle English literature, medieval studies, creative writing and humanities. His lifelong love of creative writing resulted in several novels, a collection of children’s stories and a number of short stories along with scholarly books, articles and reviews. In 1978, he was awarded a Creative Writing Fellowship from the National Endowment for the Arts, allowing him to travel to Italy to finish a novel.

Graduating from Benton Harbor High School in Michigan just six months before the end of World War II, Vasta served in the U.S. Navy from 1946 through 1948, pinning his hopes for a college education on the G.I. Bill. After earning his bachelor’s degree from Notre Dame in 1952, he won a Fulbright scholarship to study at the University of Florence, where he deepened his interest in Italian literature and Dante. He returned to the United States in 1953 to complete his master’s at the University of Michigan and his Ph.D. from Stanford University.

During his time at Notre Dame, Vasta served as director of graduate studies in the Department of English from 1966 to 1969 and later became chair of the department from 1972 to 1978. Formerly a fellow of the Medieval Institute at Notre Dame, he co-authored the newest translation of Dante’s “Vita Nuova” in 50 years.

“Vasta had an infectious passion for literature, especially poetry,” said Jacqueline Vaught Brogan, professor emerita of English. “My discussions with him over the latter remain among the high points of my time at Notre Dame and influenced my own creativity, for which I am grateful. His personal attention was an inspiration to many. He is sorely missed.”

Vasta is survived by his wife of 63 years, Geraldine Vasta, and their six children.

Funeral services will be held at 1 p.m. Friday (March 24), with visitation one hour prior, at the McGann Hay University Chapel, 2313 E. Edison Road, South Bend. Burial, with military honors, will follow at Cedar Grove Cemetery.