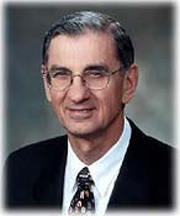 Millard Fuller, founder of Habitat for Humanity, the international organization that works with those in need to build simple and affordable housing, will speak at the University of Notre Dame at 8 p.m. April 29 (Saturday).

Fullers speech will take place outside on the South Quad near the Knute Rockne Memorial Building and is open to all Notre Dame students, faculty and staff.

The speech will be part of the Shack City event, during which Notre Dame students will spend the night on the quad in an effort to increase awareness of housing poverty and raise funds for Habitat for Humanity.

Fuller founded Habitat for Humanity with his wife, Linda, in 1976.Though Fuller had been a millionaire at age 29, he and his wife decided to sell all their possessions, give the money to the poor and seek a new direction.After successfully testing a model for housing in Africa, they returned to America to found Habitat. In its 30 years, the organization has given more than 1 million people safe, decent and affordable shelter.

Fuller was awarded the Presidential Medal of Freedom in 1996 and has received more than 50 honorary degrees.In 2005, he founded the Fuller Center for Housing to continue his quest to end housing poverty.He continues to speak worldwide to advocate decent and affordable housing for all.

More information is available at http://www.nd.edu/~habitat .