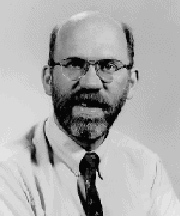 Jeffrey C. Kantor, vice president for graduate studies and research and dean of the Graduate School at the University of Notre Dame, has been named a fellow of the American Association for the Advancement of Science (AAAS).p. Kantor is the 10th AAAS fellow in the history of the University and the only engineer to be so honored. The others are: Subhash Basu, Harvey A. Bender, Frank H. Collins, Thomas Fehlner, Richard W. Fessenden, W. Robert Scheidt, Phillip R. Sloan, Anthony M. Trozzolo and Paul P. Weinstein.p. Founded in 1848, AAAS serves some 262 affiliated societies and academies of science and 10 million individuals. It is an international non-profit organization dedicated to advancing science around the world by serving as an educator, leader, advocate and professional association. Fellows are recognized for commendable efforts to advance science or its applications.p. Kantor also has been reappointed to the board of the Indiana 21st Century Research and Technology Fund. The fund was created in 1999 by the General Assembly to stimulate the process of diversifying the state’s economy by developing and commercializing advanced technologies in Indiana. The enabling act created a board, representing most of the academic and commercial sectors of the state, which establishes fund awards, reviews policies and approves awards. Kantor, who had previously been appointed to the 21st Century Fund board in July 2001, will serve through September 2006.p. Kantor was elected vice president for graduate studies and research in 2001. He is responsible for both the development and state of all postbaccalaureate work in the University and for the development and administration of all research conducted by its faculty.p. Prior to assuming his current position, Kantor served for five years as vice president and associate provost of the University. In that role, he established the University’s Web administration office, created and filled the position of chief information officer, and was instrumental in academic budget and space planning. He also chaired the Provost’s Task Force on Strategic Directions in Science and Engineering.p. A member of the Notre Dame faculty since 1981, Kantor is a professor of chemical engineering and specializes in chemical process dynamics and control theory. His research has been supported by the National Science Foundation, the Department of Energy and several industrial sponsors. He has been the recipient of a National Science Foundation Presidential Young Investigator Award and the Camille and Henry Dreyfus Foundation Teacher-Scholar Award.p. _Contact: Jeff Kantor, 574-631-6291, kantor.1@nd.edu _ p.