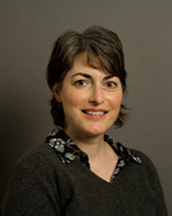 To paraphrase a proverb, it may take a village to raise a child, but theres no guarantee that everyone in that village will see eye-to-eye on parenting, especially when it comes to adolescents. Just ask Dawn Gondoli, associate professor of psychology at Notre Dame.

In 2001, she received a grant from the National Institute of Mental Health to complete a five-year study of moms and their first-born children as the kids progressed from fourth to eighth grade.

A theme in the parenting literature is that parenting doesnt change much,she says.However, I believed that if one made use of more cutting-edge techniques . . . one might see fairly substantial patterns of change.

An area Gondoli planned to focus on was maternal knowledgemothersawareness of their childrens activities, whereabouts, acquaintances and behaviors when not at homewhich she says has been consistently associated with positive outcomes for kids and the parent-child relationship.

Around the same time, Swedish researchers began publishing studies indicating that firm parenting might not be the best way for moms to stay informed and that they should instead focus on building warm relationships with their children, a claim that caused some controversy.

The Swedish folks saying that control wasnt important for knowledge seemed to many like an attack on authoritative parenting, or a recommendation for permissiveness, something which American parenting researchers do not endorse,Gondoli says.

It was in this climate that she and her team initiated their study. She started with 181 mother-child pairs, and 162 completed the full five years. Once a year, they would come to her lab, where they would fill out surveys separately and be videotaped together while discussing issues that recently had caused conflict between them.

Using advanced statistical methods, Gondoli found that maternal knowledge usually exhibiteda modest but significant decreaseas kids went through adolescence. She calls this anormativechange that doesnt tend to have an adverse effect on mother or child.

It is important to document just how knowledge may change during the transition to adolescence,she says,and we seem to be the only researchers in the country and internationally who have data that can describe this over this particular period.

As for whether being strict maintains maternal knowledge?

Our results are actually more consistent with the Swedish researchers,Gondoli says.We have found that motherswarmth toward their children and the emotional cohesion and closeness of the mother-child relationship is a much more important predictor than is mothersfirm control.

But while her study doesnt make a strong case for strict parenting, Gondoli doesnt feel it points to a hands-off,kids-will-be-kidsapproach, either.

This might reflect my training as an American parenting researcher, but I find it hard to dismiss control entirely,she says, noting that the way her team measured control wasa bit extreme.Most of the moms who had healthy relationships with their kids were quite firm even if they werent consideredstrict,making it difficult statistically to isolate the effect of control.

Also, just because control didnt emerge as consistently important as warmth,Gondoli says,that does not mean that a history of structure, limits, supervision and hierarchy in the family isnt important to later knowledge.

Gondoli has coauthored several papers based on this research with graduate students Darya Bonds, Amber Grundy, Elizabeth Blodgett Salafia, and Melissa Sturge-Apple. One was recently published in the Journal of Family Psychology, and two others have appeared in Parenting: Science and Practice.