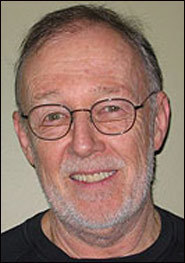 Howard Goldblatt, research professor in the Department of East Asian Languages and Cultures at the University of Notre Dame, received an honorary doctorate Dec. 12 (Friday) from the Open University of Hong Kong during its 17th congregation at Queen Elizabeth Stadium in Wan Chai, Hong Kong.

A member of the Notre Dame faculty since 2002 and director of the Center for Asian Studies, Goldblatt is the foremost translator of modern and contemporary Chinese literature in the West.He is a recipient of two translation fellowships from the National Endowment for the Arts and has published English translations of more than 40 works by writers from China, Taiwan and Hong Kong.His translation of"Notes of a Desolate Man"by Taiwanese novelist Chu T’ien-wen won the 1999"Translation of the Year"award by the American Translators Association and he received the 2007 Man Asian Literary Prize for his translation of"Wolf Totem"by Chinese author Jiang Rong.

Goldblatt has contributed essays and articles for several publications, including the Washington Post, the Los Angeles Times, the Times of London, and Time Magazine.