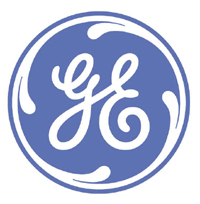 The General Electric Co., a multinational technology and services conglomerate, is the 2009 recipient of the Rev. Theodore M. Hesburgh, C.S.C., Award for Exemplary Ethical, Environmental, Social and Governance Practices given by the University of Notre Dame.

Keith Sherin, chief financial officer for GE, will accept the award on behalf of the company during a ceremony at 5:15 p.m. on April 1 (Wednesday) in the Jordan Auditorium of Notre Dame’s Mendoza College of Business.

Chosen from a list of 20 companies, GE was nominated by Notre Dame MBA students for its record of ethics and corporate responsibility, said Patrick E. Murphy, marketing professor and co-director of the Institute for Ethical Business Worldwide.

“GE has a long-standing reputation for its strong code of ethics and its training programs in ethics,” said Murphy. “The company also established its well-regarded ecomagination sustainability initiative and recently became a signatory of the United Nations Global Compact.”

Launched in 2000, the compact is an initiative intended to encourage businesses worldwide to adopt sustainable and socially responsible policies, and to report on their implementation.

This is the first year that a company rather than individuals has received the award, which formerly was known as the Theodore M. Hesburgh, C.S.C., Award for Ethics in Business. Previous winners include Starbucks Chairman Howard Schultz, and Ronald Grzywinski and Mary Houghton of ShoreBank Corp. The award is sponsored by the Institute for Ethical Business Worldwide, the Center for Ethics and Religious Values in Business, and the Notre Dame chapter of Net Impact.

Preceding the Hesburgh Award ceremony, the Frank Cahill Lecture will take place at 4:15 p.m. on April 1 in the Jordan Auditorium. The lecture will feature a panel of four current MBA candidates – representing finance, marketing, accountancy and management – speaking on the topic of “Ethical Issues Faced by Young Managers.” The candidates will discuss an instance of facing an ethical dilemma earlier in their careers and how they solved it. The panel includes Kerry Doyle, Shanin Dorfueille, Chris Owens and Nicole Phillips.

Both events are free and open to the public.