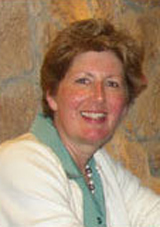 Gail Walton, director of music at the University of Notre Dame’s Basilica of the Sacred Heart, died yesterday at the Indianapolis University Medical Center after a long illness. She was 55 years old.

Walton had served as director of music in the Basilica since 1988, directing the Notre Dame Liturgical Choir as well as the Basilica Schola, which she founded in 1989.

Walton held degrees from Westminster Choir College and the Eastman School of Music, where she earned the doctor of musical arts degree in organ performance. The Eastman School also awarded her the prestigious Performer’s Certificate in Organ. Before joining the Basilica staff, she taught organ at Goshen College.

In addition to her work and ministry at the Basilica, Walton performed throughout the Midwestern United States and played concerts in the German cities of Bonn, Heidenheim, Mainz and Rottenburg/Neckar in the summer of 1991. In the summer of 1995, she took the Notre Dame Liturgical Choir on a tour of Italy, giving performances in Florence, Milan, Assisi and Rome. She frequently played dual recitals with her husband, organist and Notre Dame music professor Craig Cramer.

“A gifted organist and choral conductor, Gail always strove for musical excellence, whether in her organ playing or in choral conducting. Gail was a totally committed Church musician,” said Rev. Peter Rocca, rector of the Basilica. “She loved the liturgy and her principal aim was always to lift minds and hearts to God through music and song, both in her students and in the worshiping assembly. Gail exposed her choir members to a wide range of musical repertoire, from chant and polyphony, to modern Church music of a variety of styles.

“A perfectionist, Gail would settle for nothing less than the best, not only in her own organ playing and in that of her students, but also in the Notre Dame Liturgical Choir which sings regularly at the Sunday 10 a.m. Mass, and in the Basilica Schola,” Father Rocca said. “During the eight years that the 10 a.m. Mass was televised to a national audience on the Hallmark Channel, Gail became a recognized friend to many of the 1,700,000 viewers who tuned into the Basilica every week.”

According to Father Rocca, Walton also worked with numerous couples in preparing their marriages, assisted grieving families with funerals of loved ones and provided music for numerous liturgies for the Congregation of Holy Cross, such as final professions of vows, ordinations, jubilees, and the burials of priests and brothers.
“This bright, articulate and gracious woman, whose enthusiasm, dedication, professionalism, selfless energy, and humility enriched beyond measure our liturgical life in the Basilica and beyond, will be sorely missed,” Father Rocca said. “May she rest in peace amid the choirs of angels.”

A funeral mass will be celebrated at 9:30 a.m. Tuesday (March 2) in the Basilica of the Sacred Heart.