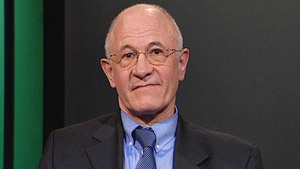 Remi Brague, professor emeritus at the Sorbonne and Romano Guardini Chair at the Ludwig Maximilian University of Munich, will give a lecture, “There is No Such Thing as a Secular Society,” at 5 p.m. Thursday (Oct. 11) in the Hesburgh Library’s Carey Auditorium at the University of Notre Dame.

The lecture, sponsored by Notre Dame’s Nanovic Institute for European Studies, is free and open to the public. Brague’s visit to campus will include a meeting with Rev. Brian Daley, S.J., Notre Dame’s Catherine F. Huisking Professor of Theology, a fellow recipient of the prestigious 2012 Ratzinger Prize, which has been nicknamed the “Nobel of Theology.” The two will receive the prize from Pope Benedict XVI in a ceremony Oct. 20 in Rome.

Brague taught at the Sorbonne in Paris for 20 years before moving to Munich in 2002. He also has been a visiting professor at Pennsylvania State University, Boston College and Boston University. Books he has written include “Eccentric Culture,” “The Wisdom of the World,” “The Law of God,” “The Legend of the Middle Ages” and, most recently, “On the God of the Christians.”

At a news conference announcing the Ratzinger Prize last month, Cardinal Camillo Ruini, president of the Ratzinger Foundation’s academic committee, praised Brague as “a true philosopher and, at the same time, a great historian of cultural thought who unites a profound and unequivocal Christian and Catholic faith to his speculative ability and historical vision.”