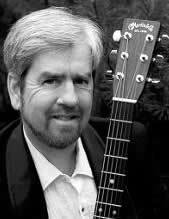 Warner received the award, which honors both his 28 yearsleadership of the internationally renowned choir and his widely used compositions of sacred music, Wednesday (July 2) at the associations convention in East Brunswick, N.J.

Warner was graduated from St. Michael’s College in Winooski Park, Vt., and served there for two years as director of liturgy before joining Notre Dames campus ministry staff in 1979.He earned a masters degree in theology from Notre Dame in 1980 and founded the Folk Choir the same year.

Among Warners compositions are many songs from the Folk Choirs repertoire, includingSet Your Heart on the Higher Gifts,Make of Our Hands a Throne,I Have Been Anointed,Crux Fidelisand a musical version of the Lords Prayer which many Notre Dame alumni and others callThe Notre Dame Lords Prayer.

Members of the National Association of Pastoral Musicians include musicians, clergy, liturgists, and other leaders of prayer devoted to the art of musical liturgy.