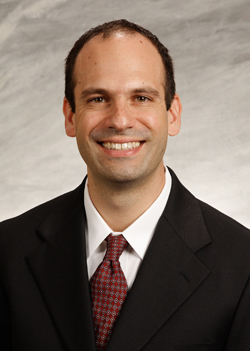 The kind of risk-seeking behavior that motivates certain people to fly personal aircraft may also make them effective corporate leaders, according to a new study co-authored by professors from the University of Notre Dame and the University of Oregon.

Merging finance and psychology research to explore the role that genetics plays in CEO behavior, finance professors Matthew Cain of Notre Dame’s Mendoza College of Business and Stephen McKeon from the University of Oregon’s Lundquist College of Business document a persistent relation between genetic personality characteristics of CEOs and the types of corporate policies adopted by their firms in their study, “Cleared for Takeoff? CEO Personal Risk-Taking and Corporate Policies.”

“Firms led by CEOs who are pilots exhibit corporate policies that differ substantially from those led by non-pilots,” Cain says. “For example, CEO pilot-led firms are more likely to engage in mergers and acquisitions, have more debt in their capital structure – meaning higher leverage and greater overall stock return volatility. Thus, thrill-seeking CEOs bring a certain element of this personality trait into the executive suite, as reflected by more aggressive corporate policies.”

Cain and McKeon focused on small aircraft pilots. They were able to systematically determine which CEOs like to fly airplanes by conducting searches on the Federal Aviation Administration’s (FAA) airmen certification database, public records, and other sources. “We identified 179 CEO pilots and more than 2,900 CEO non-pilots,” Cain says.

Their research was inspired by the Sensation Seeking Scale, originally developed by psychologist Marvin Zuckerman in the 1970s and since used in hundreds of psychology studies to measure the types of behaviors exhibited by sensation seekers, including habitual drug use, sexual activity, psychopathy, risk-taking, and cognitive innovation. One component of the scale, Thrill and Adventure Seeking, is measured by survey responses that indicate a preference for activities such as flying airplanes, surfing, skiing, sky-diving, scuba diving, mountain climbing, and driving motorcycles.

“Piloting small aircraft as a hobby is more risky than driving a motorcycle, flying a helicopter, or even crop-dusting,” Cain says. “Thus, the research shows, these CEOs exhibit a clear willingness to engage in risky activities for the sake of pleasure.”

So how well do these firms perform? One might wonder if CEOs who possess a personality trait that can be linked with psychopathy and criminal activity, as the Sensation Seeking Scale indicates, would drive suboptimal firm performance. In fact, Cain and McKeon found no such evidence of value destruction at the corporate level.

The research shows many of the undesirable behaviors often exhibited by sensation seekers tend to manifest among individuals who lack adequate stimulation and outlets for creativity. Therefore, Cain and McKeon say running a large, public company may serve as an outlet for creativity and help to draw out certain cognitive abilities of CEOs to the benefit of their firms and ultimately shareholders.

“These CEOs tend to complete acquisitions that are more successful than those completed by non-sensation seeking CEOs,” Cain says. “Their creativity and novelty seeking characteristics lead them into deals that improve the growth prospects of their firms.”