Five University of Notre Dame faculty members have been named fellows of the American Association for the Advancement of Science (AAAS) in honor of their scientifically or socially distinguished efforts to advance science or its applications. 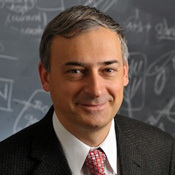 Alber, a member of the Notre Dame faculty since 1990, was cited for “distinguished contributions to the mathematical and computational modeling of dynamic biological processes, in particular, blood clot formation and swarming of bacteria.” His research interests include mathematical and computational biology, multi-scale modeling and scientific computing. In particular, he developed combined simulation and laboratory approaches for studying how members of any dense bacterial swarm spread efficiently while being able to perceive and interfere minimally with the motion of others, resulting in better understanding of the spread of infection. 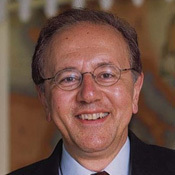 Antsaklis, who joined the Notre Dame faculty in 1980, was cited for “distinguished contributions to the field of systems and control, particularly for feedback control of multivariable systems, intelligent, hybrid and discrete event systems.” His research addresses problems of control and automation, including the analysis of behavior and design of control strategies for complex autonomous intelligent systems. He has conducted extensive research in hybrid and discrete event dynamical systems with contributions that have helped shape the research directions in the field. Most recently, he has focused on the control of cyber-physical systems, which are crucial to the functioning of technologies that are used in applications from automatic pilots in airplanes, to stability controls in automobiles, to energy, manufacturing, healthcare and biomedical applications. 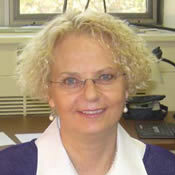 Dobrowolska, a member of the Notre Dame faculty since 1988, was cited for “seminal experimental studies of semiconductor materials and tireless contributions to undergraduate education and outreach to local communities on energy conservation.” She specializes in magnetospectroscopy of semiconductor heterostructures — systems composed of ultrathin layers of different semiconductor compounds, with thickness in the range of a few atomic monolayers. Most recently, her interest has focused on structures in which some layers are magnetic, which also affords the possibility of investigating the effect of reduced dimensionality on magnetic properties of such structures. 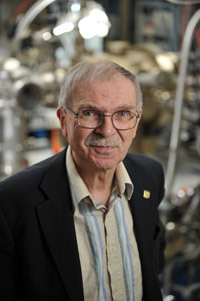 A member of the Notre Dame faculty since 1987, Furdyna was cited for “transformative discoveries in preparation and characterization of many semiconductor systems, including magnetic semiconductors, semiconductor quantum wells, superlattices, and self-assembled quantum dots.” He specializes in the design and development of new semiconductor materials, including magnetic semiconductors aimed at performing new and extremely fast functions in computers. The new functionality of these materials is based on the use of electron spin (in addition to its charge) in the design of electronic circuits, which is expected to lay the groundwork for non-volatile magnetic memories for the next generation of computing systems. 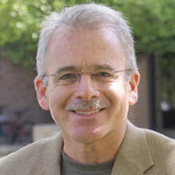 Lamberti, who joined the Notre Dame faculty in 1989, was cited for “distinguished contributions to the field of aquatic science, particularly for advancing our knowledge of food web interactions and stream ecology.” His primary research interests are in stream and watershed ecology and include identifying and remediating human impacts on aquatic ecosystems; the ecology of native and introduced Pacific salmon; and the control of invasive aquatic organisms. He conducts research in Alaska and around the Great Lakes, where he investigates methods to restore degraded streams, rivers and wetlands that provide important ecosystem services and support unique biodiversity.

The tradition of AAAS fellows began in 1874 and this year the association is honoring 539 individuals as fellows. Currently, members can be considered for the rank of fellow if nominated by the steering group of the Association’s 24 sections, by three fellows, or by the Association’s chief executive officer. Each steering group then reviews the nominations of individuals within its respective section and forwards a final list to the AAAS Council.

The AAAS Council votes on the final aggregate list. The Council is the policy making body of the Association, chaired by the president, and consisting of the members of the board of directors, the retiring section chairs, delegates from each electorate and each regional division, and two delegates from the National Academies of Science.

The five new Notre Dame fellows will be presented with an official certificate and gold and blue (representing science and engineering, respectively) rosette pins on Feb. 18 during the 2012 AAAS annual meeting in Vancouver, B.C., Canada.