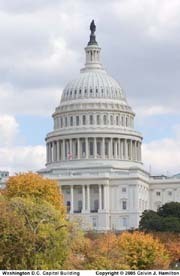 Five University of Notre Dame graduates were re-elected to the U.S. House of Representatives in Tuesday’s election.

In Indiana, Democrat Joe Donnelly, a 1977 and ’81 graduate, won a second term in Congress representing the 2nd District (in which Notre Dame is located); Democrat Peter Visclosky, a 1973 Notre Dame Law School graduate, won a 12th term in the 1st District; and Republican Mark Souder, who earned an MBA from Notre Dame in 1974, was elected to an eighth term in District 3.

Republicans Peter King and Dan Lungren also were re-elected to their 10th and second terms in New York and California, respectively. King earned a law degree in 1968, and Lungren earned his bachelor’s degree the same year.