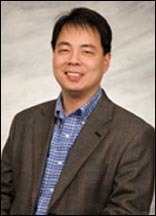 Hayong Yun, assistant professor of finance at the University of Notre Dame, received the 2008 Young Researcher Prize awarded by the Review of Financial Studies, a top-tier research journal.

The annual prize, sponsored by the financial services company JPMorgan, recognizes the best research by a recent doctoral graduate accepted for publication in the review. Yun was presented the award in June during the annual conference of the Western Finance Association.

Yun was recognized for his study,The Choice of Corporate Liquidity and Corporate Governance,which will appear in the review in 2009-10. The study examines the relationship between corporate governance and a companys use of cash and lines of credit to meet liquidity needs.

He found that firms increase cash relative to lines of credit when the threat of takeover weakens.Further, this shift toward cash occurs mostly in companies with weak internal governance – those without independent boards and activist shareholders – while well-governed companies are less likely to do so. The findings suggest that companies take into account managerial discretion and opportunism associated with cash when choosing the composition of their liquidity reserves, and that the choice of corporate liquidity – cash or credit – is a channel through which corporate governance works.

A graduate of Seoul National University, Yun earned a doctoral degree in mechanical engineering from the Massachusetts Institute of Technology, as well as a doctorate in finance from Columbia University. His expertise is in corporate governance, law and economics, bankruptcy and contract theory.