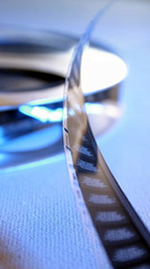 A film series titled “Gay and Lesbian Film: Filmmakers, Narratives and Spectatorships” will take place at the University of Notre Dame from Feb. 9 to 11 (Thursday to Saturday) in the Browning Cinema of the Marie P. DeBartolo Center for the Performing Arts.

Admission is free, but tickets are required and may be ordered in advance from the center box office at 574-631-2800.

The event’s six-film line-up will facilitate an academic examination of the range of contemporary gay and lesbian filmmaking with films that move across nations, cultures and genres. Films such as the Academy Award-nominated “BrokebackMountain,” “Breakfast on Pluto” and “Happy Endings” invite audiences to consider what constitutes a gay, lesbian or straight film. Other films like “Saving Face” and “Cachorro” offer viewers representations of gay and lesbian identities in multicultural and international contexts, and “Gay Republicans” documents a number of Americans who faced a difficult decision while trying to balance their political and personal views in the 2004 presidential election.

More information and a complete schedule of screenings and discussions are available on the Web at http://www.nd.edu/~ftt .

The event’s mission is to present gay and lesbian films and filmmaking within the context of film scholarship and Notre Dame’s Spirit of Inclusion, a formal statement adopted by the officers of the University in 1997 that states in part that the University welcomes " all people, regardless of color, gender, religion, ethnicity, sexual orientation, social or economic class, and nationality."

The series is sponsored by Notre Dame’s Department of Film, Television and Theatre in conjunction with the Departments of English, American Studies, Anthropology, and Romance Languages and Literatures; the Ph.D. in Literature Program and Gender Studies Program; with support from the Gay and Lesbian Alumni/ae of the University of Notre Dame and Saint Mary’s College.

Harry Karahalios contributed to this report.