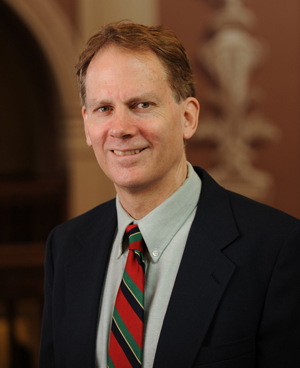 Parents who fight in front of their kindergarten-aged children could be setting them up for depression, anxiety and behavioral problems as adolescents, according to new research from the University of Notre Dame. A new longitudinal study finds that the impact of destructive marital conflict on children in their kindergarten years is long-lasting and can lead to emotional problems and difficulties in adolescence.

The study, funded by the National Institute of Mental Health, was led by University of Notre Dame Psychology Professor Mark Cummings and colleagues at the University of Rochester. It appears Thursday (June 14) in the journal Child Development.

“The results further highlight the possibility that there will be persistent negative effects of children’s early experiences when there is conflict between their parents, at least when their emotional insecurity increases as a result of the conflict,” according to Cummings, Notre Dame Endowed Chair in Psychology.

“This study has important implications for clinicians and parents,” he added.

Over the course of seven years, Cummings and his colleagues examined 235 middle-class mothers, fathers and children, focusing on the links between marital conflict when the children were in kindergarten and the children’s emotional insecurity in the early school years, and subsequent problems during the teen years.

The study found that destructive conflict between parents when their children are young predicted children’s emotional insecurity later in childhood, which, in turn, predicted adjustment problems in adolescence, including depression and anxiety.

Cummings notes that not all parental conflict is bad. Previous research has shown that during constructive conflict, the use of support, verbal and physical affection, problem-solving and resolution, for example, elicit positive emotional reactions from children. Verbal hostility, physical aggression, nonverbal anger and withdrawal, on the other hand, is destructive conflict that elicits negative emotional and behavioral reactions.

Children’s emotional security about family ties is related to their sense of protection, safety and security, and has implications for how they do socially and emotionally. The researchers observed parents discussing a topic they had identified as hard to handle, rating specific conflict behaviors. They also asked parents to report on their conflicts.

“Emotional insecurity appears to be an explanation for the effects of marital conflict on children’s later problems,” Cummings explained. “This mechanism lasts across relatively long periods of time and across the transition between childhood and adolescence.”