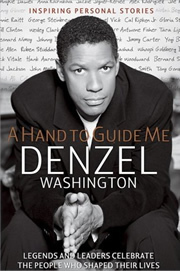 Rev. Edward A. Malloy, C.S.C., president emeritus of the University of Notre Dame, is one of more than 70 American leaders and legends to contribute toA Hand to Guide Me,a new book edited by actor Denzel Washington, available in bookstores Oct. 3 (Tuesday).

In his story, Father Malloy pays tribute to his grade school teacher Sister Eleanor, crediting her for instilling within him a drive to use his intellect and talents to the best of his ability, both in and outside of the classroom.Father Malloy honors Sister Eleanor becauseshe convinced us that we had God-given intelligence, that we were capable of doing great things, and that a lot of opportunities would open to us if we would only use our capacities to learn.

During Father Malloys 18 years as president, from 1987 to 2005, Notre Dame experienced rapid growth in its reputation due to substantive improvements in the size and scholarly credentials of its faculty, the academic quality and diversity of the student body, and its financial resources and physical infrastructure. Away from campus, he served on numerous boards and commissions locally and nationally with a focus on volunteerism and fighting alcohol and drug abuse.

A portion of the proceeds from this book will benefit the Boys&Girls Club of America, for which both Father Malloy and Washington are board members.