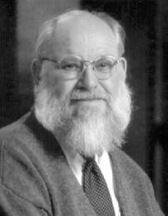 Thelesser doxologywhich Father Ayo examines is an ancient, and, as he puts it,pivotalprayer which Christians have said for two millennia, often referring to it as theGloria Patri,the first two words of its Latin version:Glory to the Father and to the Son and to the Holy Spirit, as it was in the beginning, is now, and will be forever.Amen.

An ancient feature of Christian liturgy, the lesser doxology is said so often, and so often formulaically, that familiarity can occlude an appreciation of its depth and intensity.Almost nothing in the formulation of Christian prayer,Father Ayo writes,is as simple in examination as in appearance.

Accordingly, he considers the etymology of the prayers wording, the history of its usage and the theology it evokes, celebrates and upholds.

I hope to show how theological examination can enrich praying,Father Ayo says,and how the Gloria Patri,inviting spiritual reflection, can ground and deepen a theology of glory.

Nicholas Ayo’s latest book on prayer reflects both his command of the literature and his profound personal commitment to the patrimony of Catholic spirituality,said Lawrence S. Cunningham, John A. O’Brien Professor of Theology at Notre Dame.This work is an exemplary successor to his earlier works on the Lord’s Prayer, the Hail Mary,and the Apostle’s Creed. Gloria Patriis a work not just to be read but to be savored.

A member of the Notre Dame faculty since 1981, Father Ayo is the author of many other books on spirituality and prayer, includingThe Hail Mary: A Verbal Icon of Mary,The Lord’s Prayer: A Survey Theological and Literaryand, most recently,Saint Nicholas in America: Christmas Holy Day and Holiday.