On Tuesday (Nov. 8), months of contentious and heated campaigning from presidential nominees, led by Democrat Hillary Clinton and Republican Donald Trump, will come to a head in the 2016 presidential election. The campaigns have focused on issues including immigration, trade, security, international policy and more.

Several faculty experts at the University of Notre Dame are available to comment on these issues and more. 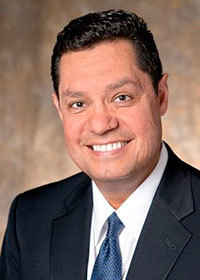 Luis Fraga, co-director of the Institute for Latino Studies, Notre Dame Professor of Transformative Latino Leadership and professor of political science, believes the 2016 election underscored the growing diversity of the U.S.

“The growing ethnic, racial and religious diversity of the country was fully apparent in 2016. It both served to provide critical margins of support for the Clinton campaign and simultaneously provided the target for much of the Trump’s campaign to mobilize white, working-class voters, who were critical contributors to his margins of support. The 2016 election set a precedent for the future of our country. There could not be two more different visions for what our country should be in the future. One view looks forward and sees a country inclusive of this growing diversity. The other view looks back to a time when the country was overwhelmingly white and Christian.”

In 2011 President Barack Obama appointed Fraga to the President’s Advisory Commission on Educational Excellence for Hispanics. He is the immediate past president of the Board of Directors of OneAmerica, an immigrant rights and advocacy organization based in Seattle. Fraga is also one of six principal investigators on the Latino National Survey (LNS), the first-ever state-stratified survey of Latinos in the U.S. 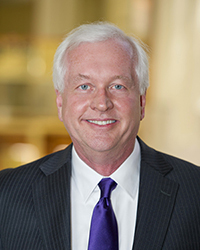 Jeffrey Bergstrand, finance professor, former Federal Reserve economist and one of the world’s foremost international economy and trade experts, talks about the Trans-Pacific Partnership (TPP): “Clinton stumbled on the trade issue because it is well known that she supported TPP before the primary process started. However, she displays a platform that has a greater concern for education of young people, especially noted in the support for loan-free college education (and potentially no tuition at state universities). The latter is the most important factor to help offset the widening income inequality that has occurred. Getting more and better education (including vocational training) to young workers will not only prepare them better to embrace evolving new technologies domestically, but will also make them attractive workers for the technology-oriented companies that are at the forefront of our export comparative advantage.

“TPP is not the issue; the issue is for the government to help support education that makes U.S. workers more competitive in a global economy. Salaries at U.S. exporting firms tend to be 13 to 18 percent higher than salaries at U.S. firms that do not compete in the world economy.”

Bergstrand has published more than 50 articles on international trade and free trade agreements over the past 35 years. He supports the Trans-Pacific Partnership and believes the U.S. and world economy have much to gain, including political stability. 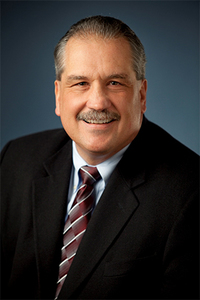 Timothy Carone, associate teaching professor in the Mendoza College of Business and expert in data science, data security and business intelligence, calls the idea of voter fraud “difficult to understand.”

“The idea that widespread, coordinated efforts to alter the outcome of the election are in place is difficult to understand operationally,” Carone says. “It would require the presence of conspirators in many locations at different levels of the elections bureaucracy across hundreds or thousands of precincts. The existence of such a network and the communications amongst the network itself to coordinate plans and actions, ensure the correct outcomes and do it in such a way as to never disclose the existence of this network makes a great story. Law enforcement is adept at discovering the operationally equivalent networks that exist in terror and criminal organizations. Maintaining the necessary level of anonymity all these years would then require cooperation from law enforcement and at this point, the idea begins to make no sense. The only way to implement a large coordinated alteration for this election is by compromising voting machines and that is not something that can be monitored by humans at a polling station.”

Carone also took a hard look at Wikileaks. “The output from Wikileaks, while present, is not having the large impact its leadership intended. Cutting off Julian Assange’s Internet connection is more showcase than preventing the pace of document dumps. It is the information itself that has appeared to date that is not having the intended impact. The document dumps can continue through other means but the information content has yet to yield sufficient impact to change the election dynamics from what has been seen in past elections when Wikileaks was not present. Document dumps are not causing rapid swings in polls or changing minds. To date it is reinforcing existing stereotypes but not causing supporters for one candidate to reconsider their support or change it. The inability of Wikileaks to alter trends to date implies that any information from further document dumps will be marginalized.” 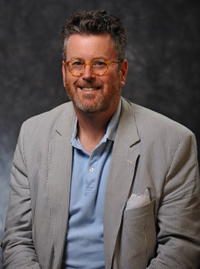 Michael Desch, co-director of the Notre Dame International Security Center and former staffer of a U.S. senator, intelligence analyst at the U.S. Department of State and as a national defense analyst at the Congressional Research Service, comments on the U.S.’s relationship with Russia.

“Both Hillary Clinton and her opponent Donald Trump are using Russian strongman Vladimir Putin to try to gain an edge next Tuesday. The former secretary of state, whose first diplomatic foray was an abortive effort to reset U.S.-Russian relations, now accuses Putin of dredging up her buried ‘damn emails’ to tilt the tally against her. ‘The Art of the Dealer’ accuses his Democratic rival of being undiplomatic with the Russian president, missing opportunities and risking war. What both of them are missing is that Russia is so low on most voters’ agendas that neither candidate will make much political hay by building a Russian straw man.”

Faculty experts in several fields relevant to the 2016 elections are available to reporters. Visit news.nd.edu/for-the-media/nd-experts/presidential-election-experts/ for more information.