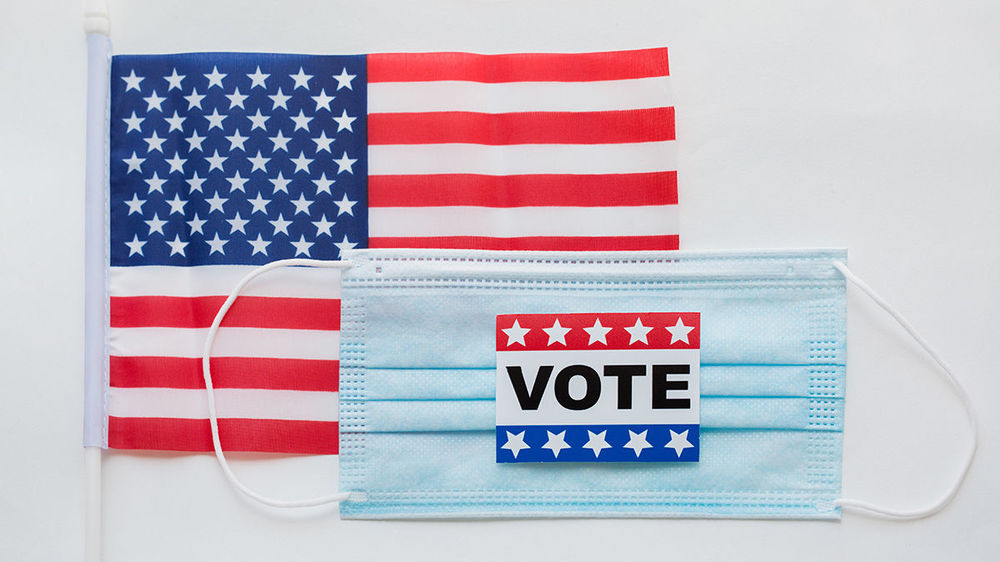 Voting During The Pandemic

To get expert opinions on the fate of the nearly 245-year-old democracy, a group of students from the University of Notre Dame’s Keough School of Global Affairs and Department of Political Science conducted a survey and a path selection game with 150 members of political science professional associations who specialize in elections, both in the U.S. and abroad. The results are published in the Keough School’s latest policy paper “American Democracy at Risk: A Global Comparative Perspective," and the student group plans to submit their research to an academic journal for peer review.

The most damaging scenario to U.S. democracy, a situation the experts overwhelmingly expect (80 percent likelihood), is President Trump refusing to leave office if he loses — regardless of the context or margin of victory — and rejecting a Supreme Court ruling against him. The group also finds that demonstrations and potentially violent responses are somewhat likely in case of a Trump defeat, but predict a Biden loss would make them even more likely. In fact, the policy paper authors wrote that a recent study revealed “a meaningful minority of partisans are open to electoral violence, with about one in five voters stating that violence would be at least ‘a little’ justified if the other party were to win the election.”

Before the results are even tallied, the experts point to other areas of great concern such as attempts at voter suppression, foreign interference and the removal of ballot drop boxes.

“During the pre-election phase, we found that respondents were most concerned about President Trump’s attacks on the media, the reduction of access to voting (including reduction in polling stations and the removal of voters from the voting rolls) and large-scale foreign and domestic disinformation campaigns,” the authors wrote.

To mitigate these circumstances and protect the integrity of the voting process, the group recommends that election officials, community organizations, political parties, elected leaders, journalists and others conduct anti-disinformation campaigns; educate voters about their electoral rights and the logistics of voting in their local community; provide clear guidelines and instructions on how to vote correctly with mail-in ballots; and urge voters to vote early.

Regarding voting in person, the respondents underscored the importance of both official law enforcement and non-partisan volunteers being available to maintain peace and security at polling stations. However, some of the experts warned that an excessive police presence — especially in communities of color —could intimidate voters.

This election is not only taking place in the context of a contentious, divided environment, but one immersed in the chaos and uncertainty of a pandemic. Fear of contracting the virus among large crowds of people has prompted many voters to vote by mail, which could lead to delays in certifying the election results. The experts are concerned “about the damaging effects of a premature announcement of results, and the possible rejection of mail-in ballots.”

In the battleground states of Wisconsin and Pennsylvania, the law states that ballots cannot be processed before Election Day. With millions of ballots to be counted, one day is hardly sufficient.

“Experts in our study placed the heavy burden to mitigate misinformation on the media, guided by journalistic principles and ethics to refrain from reporting prematurely. Yet, many expect partisan-leaning media outlets will proceed to do so regardless,” said Maggie Shum, postdoctoral research associate at the Keough School of Global Affairs and one of the policy paper authors. “One expert highlighted the Canada Elections Act, designed to prevent the transmission of any election results until polls are closed nationwide, as a good example. However, the changing dynamic of journalism and technology make such a gag order hard to monitor. This is a broader challenge beyond this election to combat the spread of ‘fake news.’”

In the long term, experts suggest a number of actions that should be taken to reform and streamline the voting process in order to make it easier for Americans to vote. Sending out ballots early to voters is one suggestion they had to mitigate the risks of a backlog of ballots. To increase election credibility and transparency, some of the experts suggest inviting a neutral, nonpartisan group of international observers who monitor the entire process. This practice is common in both young and fragile democracies, and could be done through establishing tighter collaboration with foreign observers as well as with state and local actors.

It was determined that Russia interfered with the U.S. election in 2016. To prevent the same from happening in 2020 and beyond, the experts suggest federal and state policies to deal with digital threats. These policies should strengthen the capacity of national security and cybersecurity authorities and tighten restrictions on social media platforms to counter digital threats.

Despite the distressing issues covered in this project, the student group’s overall assessment of the prospects for American democracy remains hopeful.

“Our review of the comparative literature on electoral risks suggests that the U.S. should be strong enough to weather this crisis and emerge stronger as a result,” they wrote. “The country’s capability to decrease and overcome electoral risks will require institutional changes to address current vulnerabilities, and a long-term commitment to enhancing electoral access and security. Ultimately, the protection of our democracy is in the hands of the American electorate, who will judge the legitimacy of our election system and the actions of the candidates and have the power to decide accordingly.”