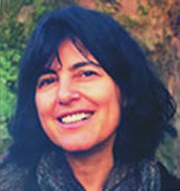 Mary Kaldor, an internationally known expert on civil society issues, will deliver the Joan B. Kroc Institutes 12 th annual Theodore M. Hesburgh, C.S.C., Lectures on Ethics and Public Policy at4:15 p.m.March 28 (Tuesday) and12:30 p.m.March 29 (Wednesday), both in the auditorium of theHesburghCenterfor International Studies at the University of Notre Dame.

On March 28 Kaldor will deliver a talk titledThe New Wars inIraqandAfghanistan,and on March 29 she will discussJust War and Human Security.Both lectures are free and open to the public.

A professor of global governance, Kaldor is co-director of the Centre for the Study of Global Governance at the London School of Economics and Political Science.She is an expert on democratization, conflict and globalization and is the author ofNew and Old Wars: Organized Violence in a Global Era,which has been translated into 12 languages.Kaldor also is the author ofGlobal Civil Society: An Answer to War,and is co-author of the annualGlobal Civil Society Yearbook.

Kaldor is a founding member of European Nuclear Disarmament, founder and co-chair of the Helsinki CitizensAssembly, and a member of the International Independent Commission to investigate the Kosovo crisis.She was the convenor of the Study Group on European Security Capabilities, which produced the influential Barcelona Report,A Human Security Doctrine forEurope.In 2003 in recognition of her work, she received a Commander of the British Empire Award forservices to democracy and global governance.