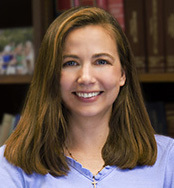 Suburbs as Exit, Suburbs as Entrance,an essay by Nicole Garnett, associate professor of law at the University of Notre Dame, has been published by the Michigan Law Review, a top-10 law journal. The essay redefines urban flight and argues for suburban growth.

Garnett counters the popular perception that suburbanites areexiters,or people who have abandoned central cities thereby causing their decay. Rather, she contends that this model is outdated and inaccurate because,For a majority of Americans, suburbs have become points of entrance to, not of exit from, urbanlife. Most suburbanites are entererspeople who were born in, or migrated directly to, suburbs and who have not spent time living in any central city.

Garnett says there are social, economic and governmental implications for both models, and asserts thatsuburbanites as exitersis scare tactic rhetoric designed to advocate for regionalrather than localgovernance and hinder big city growth.Economists argue that metropolitan fragmentation, or suburbanization, is cost efficient, among other major benefitssays Garnett.

Garnett joined the Law School faculty in 1999. She earned her bachelors degree from Stanford University in 1992, where she was graduated with honors and distinction in political science and as a member of Phi Beta Kappa. She received her law degree from Yale Law School in 1995.

Garnett clerked for Supreme Court Justice Clarence Thomas from 1998 to 1999, and also worked for two years as a staff attorney at the Institute for Justice, a non-profit public interest law firm in Washington, D.C.

Garnett’s primary research interests include property and land use law and education reform. She is a fellow of Notre Dame’s Institute for Educational Initiatives.