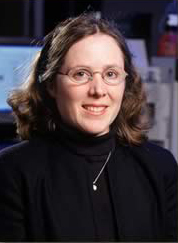 Nanoscience research and development have grown dramatically in the past decade. A major outgrowth of this research has been an increased interest in nanoparticles, materials with at least one dimension of less than 100 nanaometers (nm). By contrast, a human hair is roughly 70,000 nm in diameter and a red blood cell 5,000 nm wide.

In a paper appearing in todays edition of the journal Science, Patricia Maurice, professor of civil engineering and geological sciences at the University of Notre Dame, and a team of researchers examine the scientific, environmental and health consequences of nanoparticles.

Maurice notes that nanoparticles are present virtually everywhere at, or near, the Earths surface.

They are of tremendous importance in the mobility of pollutants in the soil,Maurice said.They may even play a significant role in deep-focused earthquakes.

Nanoparticles also are significant players in such environmental concerns as acid mine drainage from contamination sites and how soil interacts with fertilizers.

Nanoparticles play a key role in volcanic eruptions and how energy is absorbed from the Sun, including implications for global warming.

Supplies of nanoparticles in oceans also are large, with resulting biological geological and chemical consequences.

A major concern the researchers raise in the paper is how nanoparticles released into the environment may affect the human body. Some of the particles are small enough to penetrate cell membranes and may possibly interfere with normal cell processes. A notable example, according to Maurice, is the importance of the interactions of nanoparticles from asbestos with the human lung.

The biogeochemical and ecological impacts of natural and synthetic nanomaterials are one of the fastest growing areas of research today, with not only vital scientific, but also large environmental, economic and political consequences,Maurice and the team of researchers conclude.

Maurices research focuses on microbial, trace metal and organic interactions with mineral surfaces from the atomic scale up to the scale of entire water sheds, such as the Lake Erie Basin or portions of the Atlantic Coastal Plain. She also examines how extreme climates affect ecosystems.

Her research encompasses the hydrology and biogeochemistry of freshwater wetlands and mineral-water interactions, the remediation of metal contamination, and global climate change. She has been conducting research on environmental nanoparticles and nano-scale processes for 20 years.