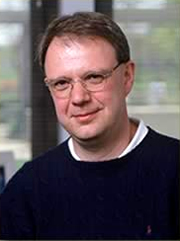 Joannes Westerink wishes he had been wrong after all.

A Notre Dame associate professor of civil engineering and geological sciences, Westerink is one of the developers of the Advanced Circulation Model, or ADCIRC, an authoritative computer model for storm surge. The U.S. Army Corps of Engineers, the Federal Emergency Management Agency and the state ofLouisianause the model to determine water levels due to hurricane surge as well as to design appropriate levee heights and alignments.

For years, the ADCRIC model has given Westerink and other scientists insight into what would happen if a major hurricane hitNew Orleans. Unlike those of us who were shocked at the devastation Hurricane Katrina wrought when it slammed intoNew Orleansand theGulfCoaston Aug. 29, Westerink has long been aware of howNew Orleansmight flood.In 2004, in an exercise simulating a direct hit by a slow-moving and very large Category 3 hurricane, the ADCIRC model showed that the levees would not prevent the flooding ofNew Orleans.

As New Orleans and the Gulf region struggle to recover from Katrina, and as hurricane researchers warn that the United States is in the midst of a period that is likely to bring more major hurricane strikes, Westerink is playing a leading role in the effort to understand the causes of the catastrophe and the steps needed to prevent its reoccurrence.

Ultimately, these models allow the design of safe protection systems with optimal alignments and sufficient heights so that this damage doesnt happen again,Westerink said.

On Nov. 4, Westerink and Clint Dawson of theUniversityofTexas, provided a briefing on the mathematical modeling of hurricane storm surge for members of the U.S. House Committee on Science. He also is co-leader of the surge and waves team of the Armys task force that is evaluating hurricane protection policies forNew Orleansand southeasternLouisiana.

The ADCIRC model was developed by Westerink and MIT classmate Rick Luettich, now aUniversityofNorth Carolinaprofessor. Over the past 16 years, the pair and other ADCIRC researchers have refined the computer program. The model employs computer science, coastal oceanography, mathematics and engineering. Its calculations require 132 computer processors which are housed in Westerinks Computational Hydraulics Laboratory in Cushing Hall.

Although frequent images of television reporters being buffeted by strong winds during hurricane season have firmly established the dangers of wind damage in our minds, storm surge is actually a greater danger and a leading cause of destruction and death. Storm surge is the wall of water pushed onto land as a hurricane comes ashore.New Orleansis especially vulnerable to storm surge because roughly 80 percent of the city lies below sea level. ADCIRC models have long shown that a strong hurricane taking the right track couldovertopthe five-or-more-meter high levees that keep the waters of the Gulf and Lake Pontchartrain fromNew Orleans.

Westerink points out that Category 4 Katrinas immense damage underscores just how devastating storm surge from a Category 5 hurricane would be toNew Orleans.

We can design a barrier to withstand a Category 5 storm,Westerink said.It is technologically feasible.Holland, for example, which is in an extremely vulnerable position, is protected fromNorth Seasurges by a 40-foot dike system.

Congress approved a project for Category 3 protection in 1965 following Hurricane Betsy, and the Army Corps of Engineers has been working on these protection projects as funding as been made available. Currently, the Army Corps is looking into what it will take to provide Category 4 and 5 protection for the region.

It becomes a societal and political question,Westerink said.How much do we want to spend on this type of protection? Katrina will cost hundreds of billions of dollars in devastation, economic losses and reconstruction. Do we want to spend that again?