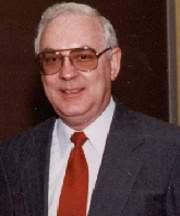 The American Institute of Aeronautics and Astronautics (AIAA) has named Thomas J. Mueller, Roth-Gibson Professor of Aerospace Engineering at the University of Notre Dame, a fellow in aerospace sciences.p. According to the institute, AIAA fellows are ?persons of distinction who have made notable and valuable contributions to the arts, sciences, or technology of aeronautics or astronautics.? Only one out of every 1,000 members of the AIAA are selected as fellows each year. Mueller will be honored April 21 during the AIAA International Air and Space Symposium in Washington, D.C.p. A member of the Notre Dame faculty since 1965, Mueller is a leading researcher in the complex flow phenomena present at low Reynolds numbers and is well known by the aeronautics community as an exceptional experimentalist who has made significant contributions to his field. Honored often over the years, Mueller most recently was named a fellow in the Royal Aeronautic Society of London (the first member of the University faculty to receive this honor), and was the recipient of the 2003 AIAA Aerodynamics Award.p. Mueller is the fourth member of the Department of Aerospace and Mechanical Engineering to be named an AIAA fellow. The others are: Viola D. Hank Professor of Engineering Hafiz M. Atassi, and Professors Robert C. Nelson and Eric J. Jumper.p. The AIAA is the world’s largest professional technical society and the principal voice and resource devoted to aeronautics and astronautics information.p.