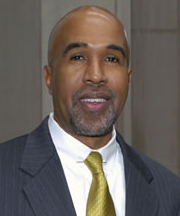 Don B. Pope-Davis, associate vice president for graduate studies and professor of psychology at the University of Notre Dame, has been appointed chair of the Universitys Faculty Board on Athletics and its NCAA faculty athletics representative by Rev. John I. Jenkins, C.S.C., Notre Dames president.

As a member of both the Faculty Board on Athletics since 2002 and the Provost Advisory Council since 2004, Don has a distinct understanding of and appreciation for the blend of athletic and academic excellence that we seek at Notre Dame,Father Jenkins said.I am pleased that he has accepted this appointment and look forward to the leadership he will bring in this area.

Pope-Davis succeeds Fernand N.TexDutile, professor of law, who had served in both positions since 2000.

Pope-Davis was appointed assistant vice president of theNotre DameGraduateSchoolin 2002 and promoted to associate vice president two years later. He has served as coordinator of the Universitys Multicultural Research Institute since 2000 and is director of Notre Dames McNair Scholars Program, a federally funded initiative that promotes and prepares first generation and under-represented college students for doctoral studies.

In addition to his service on the faculty board and the Provost Advisory Council, Pope-Davis has served on several other Notre Dame bodies, including the Diversity Committee (currently) and as chair of the NCAA certification sub-committee for equity, gender and sportsmanship from 2002 to 2004.

The Faculty Board on Athletics serves as the principal advisory group to the University president on educational issues related to athletics. The board is composed of 15 members: seven elected from the Universitys teaching and research faculty; four appointed by the president (three from the teaching and research faculty and one from the student body); and four ex officio members – the vice president for student affairs, the director of athletics, the director of academic services for student-athletes, and a representative from the presidents office.

The boards principal purpose is to foster the Universitys commitment to academic integrity in athletics and to ensure that the athletic program operates in consonance with the Universitys educational mission. It also serves as a formal liaisonbetween the faculty and athletic department. Among its activities, the board monitors data on the admission of student-athletes and their academic performance, progress toward degrees, and graduation rates. It also assesses the effectiveness of institutional support for student-athletes. The board approves or declines all petitions for fifth years of eligibility.

The boards activities closely match the responsibilities of the NCAA faculty representative, who also is expected to advise the president, uphold academic integrity and student welfare, and serve as the liaison to the institutions faculty. The faculty representative also functions as a principal link between the institution and the NCAA in matters of eligibility, certification and compliance with NCAA regulations.