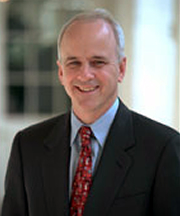 Jim Towey, director of the White House Office of Faith-Based and Community Initiatives, will deliver a lecture titled “Compassion forAmericas Poor: What Happens When God and Government Mix?” at4 p.m.Tuesday (Feb. 28) in the auditorium of theHesburghCenterfor International Studies at the University of Notre Dame.The lecture is free and open to the public and will be followed by a reception.

Towey was appointed by President Bush in 2002 to lead his initiative to give religious groups that provide social services greater access to federal funds. For the previous six years, Towey had served as founding president of Aging with Dignity, a nonprofit agency for elders and those who care for them. He served for 12 years as legal counsel to Mother Teresa and the Missionaries of Charity and also worked as legislative director and legal counsel to former Sen. Mark Hatfield and in the Cabinet of former Florida Gov. Lawton Chiles.

The talk is co-sponsored by the Alliance for Catholic Education and the Center for Social Concerns.