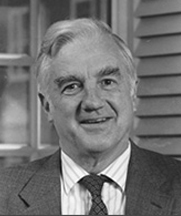 Derek Bok, president of Harvard University for 20 years (1971 to 1991), will deliver a lecture,Toward a New Agenda for Undergraduate Educationat 3.30 p.m. April 28 (Wednesday) in Jordan Auditorium in the Mendoza College of Business at the University of Notre Dame.

The talk, to be followed by a reception at the same location, is sponsored by the Office of the Provost and the Kaneb Center for Teaching and Learning.The events are free and open to the public.

Bok, who was commencement speaker and received an honorary doctor of laws degree at Notre Dame in May 1987, is now research professor and faculty chair of the Hauser Center for Nonprofit Organizations at Harvard.He is also chair of the Spencer Foundation and Common Cause.

A former dean of the Harvard Law School (1968-1971), he earned degrees from Stanford University, Harvard Law School, and George Washington University.He is the author of five books on higher education, which continues to be a strong research interest and the focus of his most recent book,Universities in the Marketplace(2003).He also is involved in research on the adequacy of the U.S. government to cope with the nations domestic problems. His two books from that work areThe State of the Nation(1997) andThe Trouble with Government(2001).