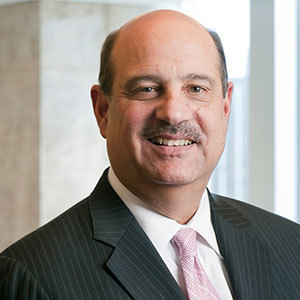 Barry Salzberg, CEO of Deloitte Touche Tohmatsu Limited (Deloitte Global), will serve as speaker for the University of Notre Dame’s Mendoza College of Business’ 2015 Graduate Commencement and Diploma Ceremony. The event will take place at 10 a.m. May 16 (Saturday) in the Joyce Center Purcell Pavilion on the Notre Dame campus.

Salzberg joined Deloitte in 1977 and has served in a number of roles, including as CEO of Deloitte LLP (United States) from 2007 to 2011, and as the U.S. managing partner from 2003 to 2007. He is a member of the Deloitte Global board of directors and executive committee.

Known in the marketplace for his commitment to education, building opportunities for tomorrow’s leaders and fostering diversity within the workplace, Salzberg previously served as chairman of the board of College Summit and chairman of the United Way Worldwide board of trustees, and is a chair emeritus of the YMCA of Greater New York. He is a regular contributor to the LinkedIn Influencers blog, writing about topics such as leadership, career development and education.

Salzberg is a member of the New York State Bar Association, the American Institute of Certified Public Accountants, the New York State Society of Certified Public Accountants and the New York County Lawyers’ Association. He is a member of a number of business organizations such as the Japan Society, British American Business International Advisory Board and the United States Council for International Business, and is a board member of New Profit Inc. He was previously a board member of the Committee Encouraging Corporate Philanthropy, the Business Roundtable and the Center for Audit Quality.

Salzberg will retire from Deloitte Global at the end of its fiscal year in May. Upon retirement, he will become a member of the full-time faculty of Columbia Business School as a professor of professional practice. Salzberg also plans to serve on public company boards.