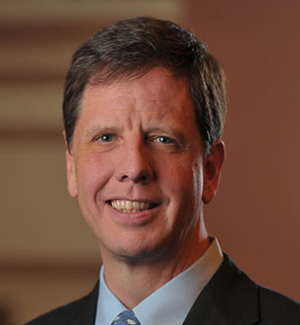 David Bailey and Doug Marsh have been promoted to vice president for strategic planning and institutional research and vice president for facilities design and operations, respectively, at the University of Notre Dame, President Rev. John I. Jenkins, C.S.C., announced Thursday (Jan. 5).

“A major research university such as Notre Dame faces many new and formidable challenges,” Father Jenkins said. “The complexities associated with the planning of University objectives, as well as those involving sustainability, construction and other infrastructure issues, require the focus of experienced senior administrators at the highest level of the University. We are fortunate to have such people in David and Doug, and I look forward to working even more closely with them in the future.”

Bailey reports to Father Jenkins, while Marsh reports to Executive Vice President John Affleck-Graves, who said: “Doug’s stewardship of our campus has been nothing short of superb. He has overseen with consummate professionalism one of the most robust construction programs in higher education, as well as our new sustainability plan and our overall operations.”

As associate vice president for strategic planning, Bailey has served on the President’s Leadership Council. With his promotion, Marsh will be added to the group. Previously called the Officers’ Group, the PLC consists of the leaders of major divisions and representatives of key functions. Convened by the president and meeting regularly during the year and four times annually jointly with the college deans, the group deliberates on matters important to the University as a whole.

“As the University has grown over the past several decades,” Father Jenkins said, “so, too, has the council in its role of ensuring alignment of activities with key goals, cooperation across divisions, healthy information flow and discussion when needed. Continued input from David along with Doug’s additional insight will enhance our collective conversation and, ultimately, make us a stronger institution.”

A 1983 Notre Dame graduate, Bailey returned to the University in 2011 and has led the Office of Strategic Planning and Institutional Research since 2012. The division supports the president in the development and drafting of the University’s overall strategic plan; assesses progress toward University goals; maintains a central repository for college, school and division strategic plans; and administers academic program and administrative unit reviews for the president, provost and executive vice president.

Bailey’s bachelor’s degree is in mathematics, and he earned a master of business administration in finance degree from New York University’s Stern School of Business in 1997. He worked at the IBM Corp. from 1983 to 1998 as a client manager and systems engineer before joining Gerard Klauer Mattison & Co., a Wall Street firm where he served as vice president and equity research analyst until 2002. Before returning to Notre Dame, he was a senior equity research analyst covering the technology sector at Goldman Sachs from 2002 to 2010.

Bailey is married to Ann Chara Bailey, an architect, and has twin sons, Jack and Ben. 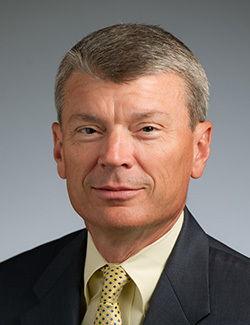 Marsh is the University’s architect and has been responsible for leading the successful planning, design and construction of nearly $2 billion in new facilities, renovation, maintenance and utilities projects during his two-plus decades at Notre Dame. He has been responsible for the construction of over 40 new campus buildings representing more than 3 million square feet and the renovation of scores of facilities. He is also responsible for Notre Dame’s utilities and maintenance team that provides facilities operation services to 172 buildings.

A native of South Bend, Marsh earned his bachelor of architecture degree from Notre Dame in 1982 and worked in private practice prior to joining the University’s staff in 1995. He and his wife, Pam, have two sons: Adam, a 2011 Notre Dame alumnus who is pursuing a doctorate at the University of Texas and working as a vertebrate paleontologist at the Petrified Forest National Park, and Alex, a 2014 alumnus who is a graduate architect working in Carmel, Indiana.